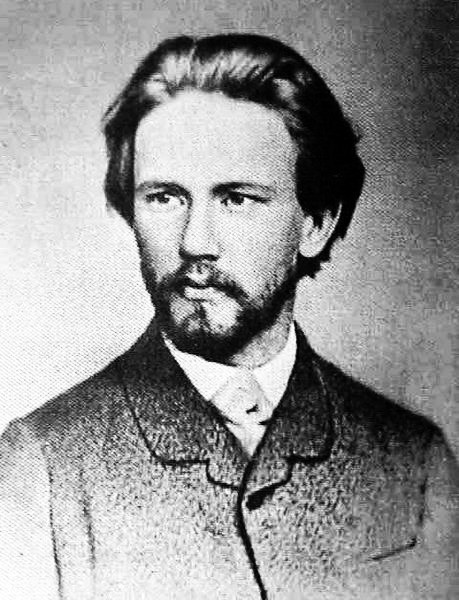 You hear me talk about Beethoven often. But it is Tchaikovsky who is my favorite. Aesthetically, nobody can touch him.

The very first time I heard his 6th, I was 17 years old. And I thought to myself “this is the greatest piece of music ever written”.

My opinion hasn’t changed. But it was his suicide note. I can’t listen to it more than once a year.

Too much emotion. Too tragic.

And Serenade for Strings? Listen to it with your lover. If this doesn’t lead a passionate moment, you’re with the wrong person.

Tchaikovsky melodically is in a class by himself.

You have heard the Love Theme from this ballet numerous times as it has been adopted into pop culture. The whole fantasy is brilliant, having been rewritten numerous times. Had this been written by any other composer, it wouldn’t have been so far down on the list. But you know how much I love Tchaikovsky.

Still a beautiful ballet, this one falls behind Swan Lake and The Nutcracker.

The music is gorgeous. My dream of course is to see this in St. Petersburg. I’ve seen the local ballet perform it and it was quite lovely.

Being a Metalhead, you’d assume I’d rank this one a lot higher. I love it, don’t get me wrong. But doing a Tchaikovsky top 10 isn’t easy – he wrote so many great compositions.

One thing that makes me proud about being American is we have adopted this piece for July 4th. I couldn’t tell you how many times and in how many cities I’ve seen this performed. Some of the orchestras were mediocre, but regardless, they’d pour their hearts into the performance and it showed.

I adore this piece, and I’m sure a lot of people would say I overrate it. I don’t care. Show me a composition along these lines this that is more beautiful. You can’t.

If this doesn’t make you want to dance, you may be missing your soul. I also had gone so far that I used this as a test to gauge if a woman was worthy of my love. I’d play the Waltz (the second movement) and if she found it boring, we were through.

Yes, I’m quite serious. I won’t apologize for having high standards and I refuse to fall in love with a philistine.

I absolutely love the Finale but the whole symphony is quite good. Dedicated to his patroness and best friend Madame von Meck, purists would argue it had weak parts.

I’d counter that those parts are what helps it stand out. As much as Tchaikovsky wanted to be Western, he also wanted to be Russian. If that doesn’t define Romanticism…

One thing I especially liked was that an American critic called it too Russian and “semi-barbaric.” One of these days, I’ll do a write-up how Russian Romanticism was a precursor to Metal and of course this symphony would be an example.

We all know how gorgeous the Suite is. You’ve heard it many times, even if you never looked for it.

I find it fascinating that despite being an intensely patriotic Russian, two of Tchaikovsky’s pieces have a huge influence on American culture. Every Fourth of July, we get to hear the 1812 Overture. And every Christmas, we get to hear the Nutcracker.

My favorite ballet. If you’re young, you probably know this ballet from the movie Black Swan. Of course, I won’t thumb my nose up to anyone who knows it that way – it was a pretty good movie. The ballet itself is chocked full of delicious melodies.

Musically, the best ballet ever written.

I’m a lucky man. I got to see the great Van Cliburn perform this on his comeback tour. The best piano concerto ever written.

The main theme is one of the most lovely themes ever written. However, Tchaikovsky barely does anything with it. It only appears a few times. That said, there’s so much excellent content in this concerto that it doesn’t need to keep coming back.

As depressing as his Sixth Symphony (the Pathetique) is, this piece is joyous. Which is ironic considering he was writing it while recovering from his famously disastrous marriage. Contains one of the best melodies ever written. If that melody doesn’t move you, you have no soul.

One of my Grandfathers only loved Jazz. He hated rock and roll with a passion. He didn’t like Classical music at all. And when he heard Heavy Metal music for the first time, oh boy. He had nothing good to say about it. At all.

However, he still loved this piece. It was the only Classical record he owned.

Best piece of music ever written. Period. Peter Tchaikovsky killed himself nine days after its first performance. I have a minority opinion (although you will hear other Historians agree) that this piece was a suicide note. It’s hard to listen to and I only listen to it on special occasions.

I’m not the only one who said it. For the record though, I said it immediately upon hearing it, and I thought it before I read other critics say it. Yes, as a teenager, I came up with that thought independently.

Definitely give it a listen and I’d love to hear your thoughts. Was this piece a suicide note?

Regardless, it’s the most tragic piece ever written. The fade out at the end is hard to listen to. It sounds like a slow, lingering death, like Tchaikovsky had been dying inside for months and finally decided to commit and end it all.

The 3 greatest symphonies of all time