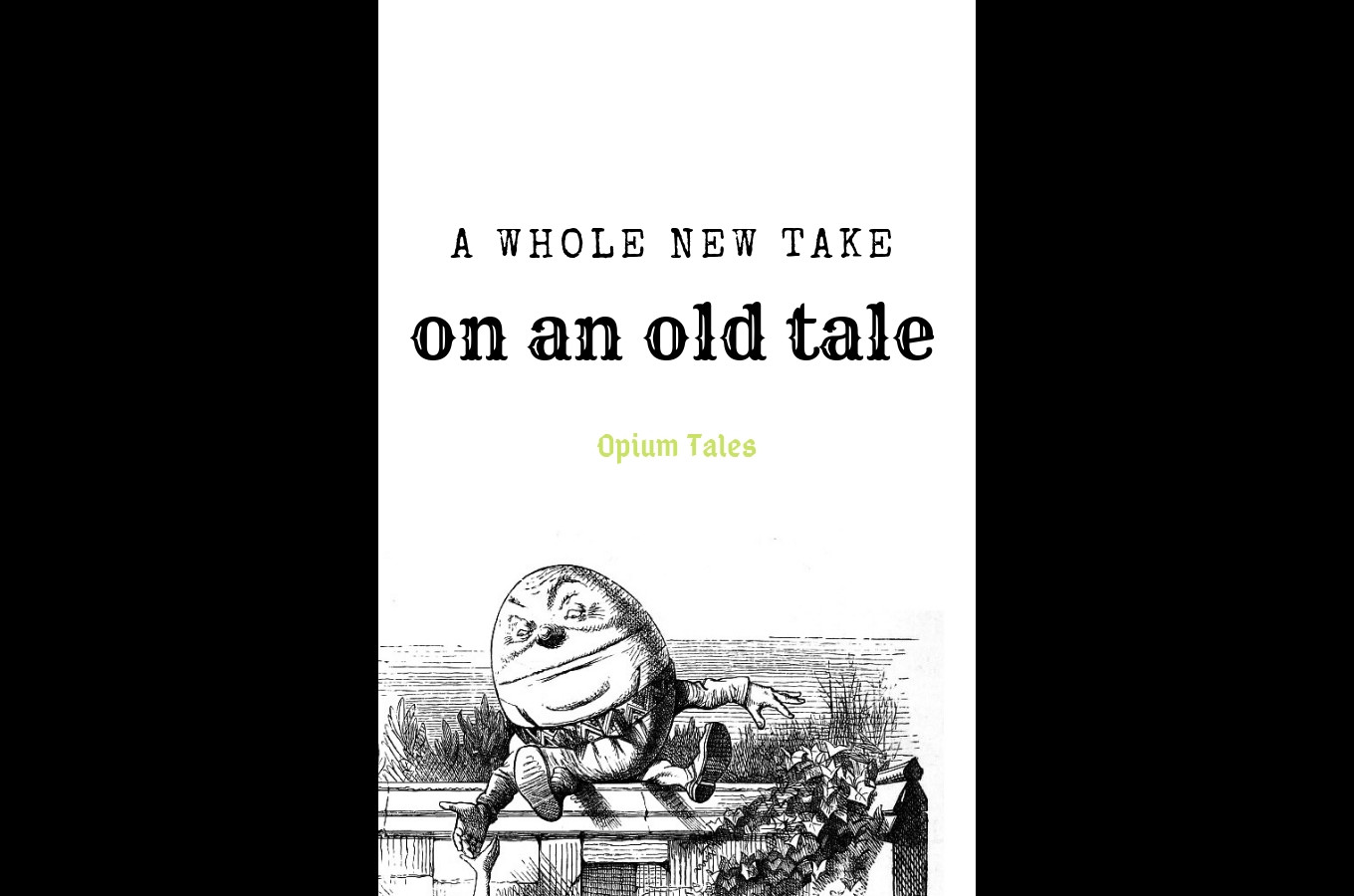 This is Part I of Humpty Dumpty. If you’re interested in the background, you can read about it here.

little peasant girl sits with her legs crossed in the dirt, playing with an egg. She extends her index finger and rubs it into the damp dirt, then paints a smiley face on the egg.

She breaks the egg in the dirt and the yellow yolk spills out, spreading amongst a gooey clear liquid.

An ancient man with one gray eye interrupts the little girl. “Humpty Dumpty wasn’t an egg!” She frighteningly looks up. “He was a monster!”

Continue to Part II – A Most Brutal Tax Collector

And the ship sails…