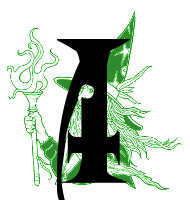 sabella got tons of hugs and even more tears from pretty much everyone. Everyone, except Avery, who was practicing one last time, then wanted to get a good night’s sleep. If he could.

Unlike the previous girls, Isabella celebrated. Yes, Princess of the Night means they’ll throw you one hell of a party. But it also means you’re going to get fed to a dragon the very next day. Of course fun was the absolute last thing on most girls’ minds.

Except Isabella. She was having a blast. And everyone else was loving it.

The prior years, guilt and denial dominated everyone’s minds. This time, showing Isabella a great time took the main stage. Because this time around, Isabella really wanted to make use of a party.

She was careful not to drink too much. She wanted to keep her wits. Sure, Avery would have to do the hard work. She’d just have to sit pretty and pray the dragon eats zero people tomorrow instead of two.

Or more. Yes, the thought of Avery failing, then the dragon rampaging through the local villages, charring and flattening everything in sight crossed her mind. The pact was there for a reason.

Oh, believe me, it gets stranger. Let me just end it by saying that it was indeed one hell of a party.

Princess of the Night continues here with Part VII

All the King’s Horses