This is Part V of my latest short story. Part I of Until You’ve Bled is here. 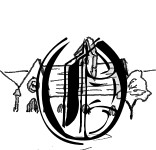 f course Ned didn’t have set office hours. “Whenever you need me, I’ll make time to see you.” That is what’s on his placard. And a phone number.

No other Professor is like that. Weird. But not weird if you knew Ned.

Jess whips out her cell phone and texts him. “Hey, this is Jess, the Biology major. Want to setup an office hour.”

She sends it. Then starts walking around the Art Department, looking at some of the art.

Most of it is pretentious bullshit. She looks for something she likes. And gets a text back.

“Can you wait five minutes?”

She smiles, puts her phone in her bra, and goes back to looking the pretentious bullshit.

Don’t worry. I know you’re thinking you’re not supposed to keep your phone by your boobs. She doesn’t do this often. Only when she doesn’t have a purse. Like right now.

He’s wearing corduroy pants, a flannel shirt covered with different color paint spills, and his hair looks like it’s been in a hat.

Ned whips out his keys. Most professors fumble with their keys when they have a cute girl half their age with them. Ned doesn’t. He gets straight to the point, finds the right key, and turns the lock.

Jess follows him inside.

Ned sits behind his desk and gives her a look like she could sit. So she does.

He waits for her to start talking. And throws in a smile. That was a cue, Jess.

“Great,” implying he knew exactly what she meant. “I thought you’d come to your senses.”

“Look, I could tell you’re not even passionate about Biology. Life is short. We all die. And…and you got what it takes to make it.”

He continues. “Most of my students bore me. Occasionally I get someone with life. Most people who get into art do it because they think they’re rebels. But they’re not.”

He waits for her to say something. She doesn’t. So he continues again. “But you, you’re not in it to prove anything to anyone else. You’re in it because you’re in the right place, your heart’s in the right place. You’re the real deal. You’re…you’re an artist.”

“I just, I guess never saw myself as one. I always liked animals.”

“Well, you might be thinking where to go next. Changing your major is easy. You just need the Dean’s approval and some other paperwork. I can help you with both. I know the Dean. He’s a decent guy. Not someone I’d hang with, but a decent guy.”

He cues her to say something. She doesn’t.

“Do you know your primary medium?”

“Thought so.” He said that without his expression changing. Which made Jess feel like she made the right decision. “You’re going to be good. I think…I think you should get enough done in your four years here to have something ready to sell before you get out. I can set you up in a gallery as soon as you graduate.”

“Really?” Her face finally springs up.

He smiles. Finally, he thinks. She’s easing up.

“I wanted to ask you something else, Jess.”

Suddenly, Jess’s heart lifted a little. It’s true she had tons of acquaintances in school and no true friend, but suddenly, she felt like she forgot to count one.

“My father died not that long ago.”

“My mother died when I was in high school. I guess I’ve been floating ever since.”

“Really sorry, Jess. I had no idea. You, you fake it pretty well.”

She knew what he meant and took no offense. He always tells the truth. Tells it like it is. “Yeah. I learned to because I have no choice.”

To be continued at a later date

Some day a hero will make it right