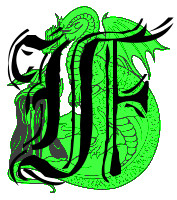 orever is a very long time. You’ve heard that cliché many times. Yet, can you think of a single example of how it could be used in reality?

You see, you people get stories wrong all the time. Especially when they’re really, really old.

Like Parthenope for instance. You know this story. Parthenope, the beautiful Siren, fails to lure Odysseus to his death so she casts herself into the sea and drowns. And when her body’s washed up, they bury it.

For one, Parthenope never failed to entice anyone. That was one of her less powerful sisters.

And for another, Parthenope can’t die. She’s like forever. Really, really old. Never aging. The Gods, well, they just move her around.

So yes, another Siren failed to lure Odysseus and got all bummed out and killed herself. I guess Sirens aren’t used to failing. Must be nice to have that kind of track record. Even the best of the best lose a lot of times.

I’m sure you can think of people more than I can. I’m tired and old, and kind of forget mortal names. The Gods? Yeah. I can name all of them. Their kids? Most of them. Their affairs? Yeah, I remember most of them.

Hell, I myself have banged a few Goddesses in my times. Goddesses love us dragons. We’re not quite on their levels, but I’m sure we’re way more exciting than you mortals. You all are boring and predictable. Plus, you die really soon.

Stupid mortals. You’re all a bunch of fools. All, except a few of you.

Some of you I respect. Like Beethoven for instance. He wrote some good tunes. And Paganini. He could really play the violin. Not as well as I can. But still, I got to respect a man who played the violin so much that a Goddess pretended to be a mortal woman and mated with him.

And Genghis Khan. He was neat. Some of you reading this are his offspring. Of course, you pale by comparison. But you have his blood.

Now, what was I talking about again? Oh, yes. Parthenope. Beautiful, beautiful Siren.

Oh how I wanted to mate with her. Never did have the opportunity. Not like she’d say no or anything. I just haven’t gotten around to it.

And yes, in case you’re wondering, I can take your form. I do it all the time. I kind of like pretending to be you because of all the mortal creatures, you and whales are by far the most fun to pretend to be.

But back to Parthenope. A mortal broke her heart once. Now, as much as I don’t respect most of you, this guy, I respected. He was one of those “once in a century” guys. Like Genghis Khan.

A most brutal tax collector

Protected: Some days are longer than others