This is part III. The first part of Siren’s Song is here. 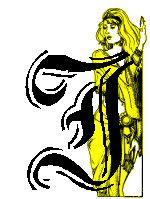 t’s one thing trying not to get sick while you’re awake. But now you’re really feeling it, in a crowded bunk with dozens of people snoring, farting, or making other weird noises. Plus, you got all the noises in your head going on. And the sea’s making her noises.

All this is enough to drive you crazy. On top of that, Eliza and Biddy, the two most important people in your life, are hundreds of miles away and you’re not going to see them for at least a few years.

And it gets worse

Considerably worse. The Captain died. They’re not sure how, but they think it’s a heart attack.

Everyone’s now awake and you hear the grumbling. You overhear someone who seems like they know what they’re talking about saying that the Captain was very smart and the First Mate is a complete idiot.

Great. What a way to start your voyage to America.

On top of that, you hear there’s a storm coming. And the new Captain wants to go through it.

The grumblers are talking about making him turn around. Your life savings went into this trip. You left Eliza and Biddy enough money to buy food until you can get paid by McGraw and send them some money from Boston.

This is really getting bad.

You liked the Captain. Sure, it was only a brief moment. But you know people, and you had a really good read when you met him.

How can someone deteriorate so fast? Was he already sick? Unhealthy?

It’s been a week and you’re in the middle of the Atlantic Ocean with a hundred people you only knew for a week and a replacement Captain who’s not the sharpest tool in the shed. And now they’re saying he’ll be taking an alternate route to avoid the storm instead of turning around.

You’d feel so much better if the original Captain said it. Everyone said he was smart. And you know he had years and years of experience. You imagine he’s seen and done everything. The new guy is very young.

It can’t get worse, can it?

The curse of the smart kid