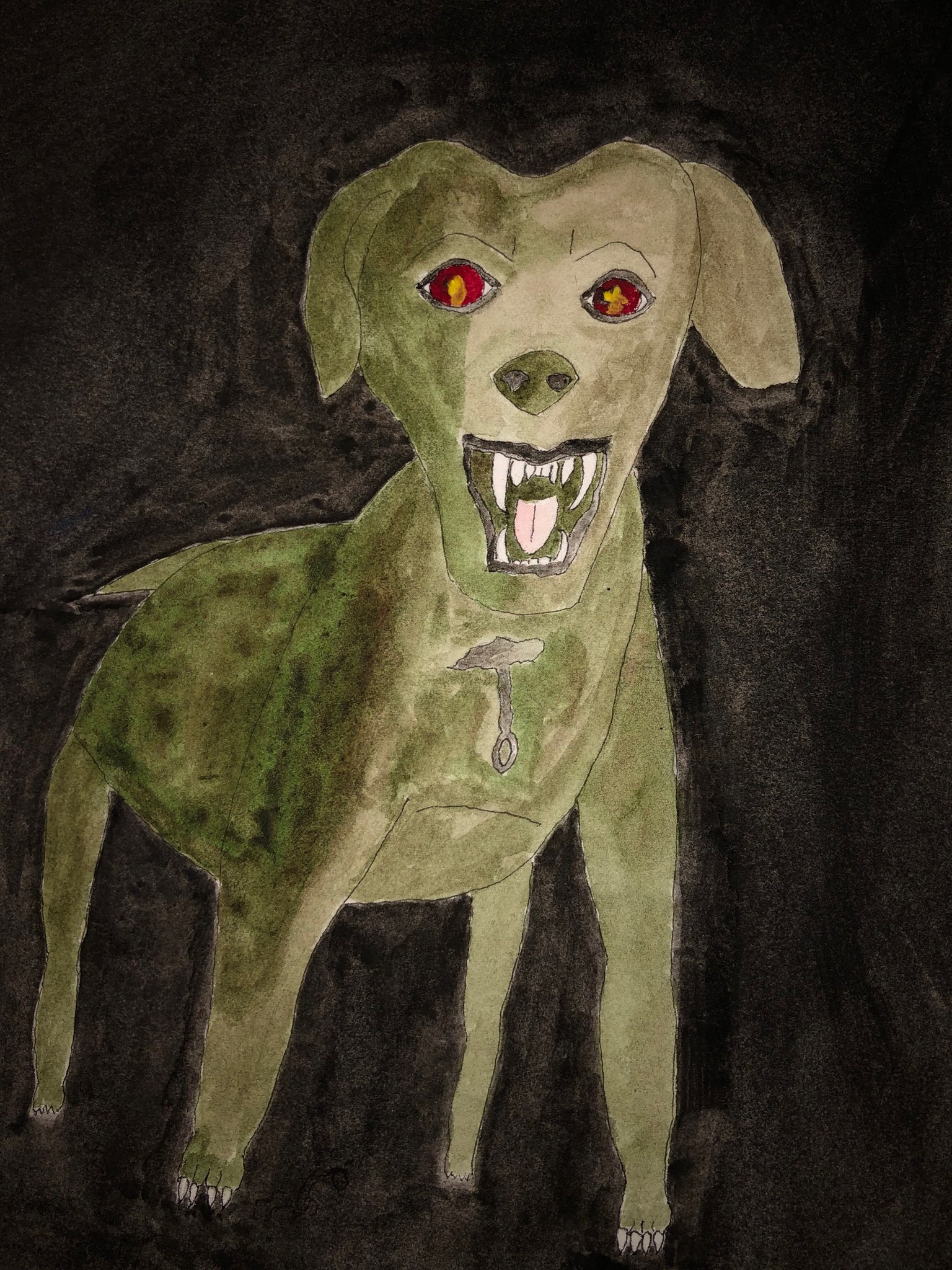 Hellhound on my trail. Some of you will know that as a Robert Johnson song from the 1930s.

Ah yes. The Mississippi Delta Blues. That’s where it all came from.

But who was Robert Johnson and did he really sell his soul to the Devil? Well, I can only tell you the legend.

Historians aren’t sure which crossroads in Mississippi they referred to when Robert Johnson encountered a large black man who tuned his guitar for him. Suddenly, Johnson went from being a mediocre guitarist to the greatest bluesman of his day.

The Devil supposedly also gave him power over the ladies. Too much in fact. So much that it literally got him killed, no matter which legend of his death you believe.

Hellhound on my trail and foreshadowing

Johnson wrote a lot of interesting songs. If you’re wondering, no, I can’t play Johnson. I’m actually quite bad with the acoustic guitar. I only play electric guitar and piano.

But yes, I did study Robert Johnson. Had to. Historically he’s one of the most important figures in American music.

If you listen to the song Hellhound on my trail, it foreshadows his upcoming death, and how he wanted to be with a certain woman. Who was that woman? Who knows?

There are two legends of his death. One, he flirted with a married woman. So her husband gave him a bottle of poisoned liquor. Johnson was unaware that man was her husband.

Supposedly, Johnson’s buddy knocked the bottle out of his hand and scolded him to never drink a bottle that he didn’t open. So already being drunk, the husband gave Johnson another bottle and Johnson drank it, felt sick, and died a day or two later.

Now the other legend is that a white doctor examined his corpse and said that Johnson died of syphilis.

Either way, Johnson’s womanizing got him killed. Literally.

“What is a hellhound?”

A hellhound is a dog that tracks a damned man. Once the dog catches the damned man, the man dies and the Devil gets his soul.

Johnson was always on the run, knowing it was only a matter of time before the hellhound would find him.

I use a hellhound in my evil witches and their familiars series. It takes a very powerful witch to be able to summon a hellhound and actually somewhat control it. Hellhounds are straight from Hell, and are immortal. The Devil uses them to track down people when their time is up. The cursed man runs, but the hellhound will always eventually catch him.

Robert Johnson wasn’t the only great musician who supposedly sold his soul to the Devil for musical greatness. Niccolò Paganini supposedly did as well.

Paganini wrote the 24 Caprices which are now standard for violinists. For his time though, he was head and shoulders above his competition.

Legend has it that Paganini sold his soul on a Devil’s Bridge, an ancient bridge in Europe. So interestingly, we have a crossroads and a devil’s bridge.

He was too a womanizer and it was said that his playing actually made beautiful women faint. And quite wet. How much of that is true and how much is a legend? Who knows?

He became quite famous in the 1820s and was even honored by the Pope. But, he too developed syphilis. Unfortunately, doctors didn’t know shit about anything back then and gave him mercury and opium to treat the syphilis. You could guess what happens next.

Paganini died in 1840, although there was no talk of a hellhound stalking him. Just rumors of him selling his soul earlier to become the greatest violinist of his day.

Robert Johnson and Niccolò Paganini weren’t the only two musicians to have sold their souls to the Devil for greatness. They’re just the two most famous.

Do evil witches throw the salt over their right shoulder?

Evil witches and their evil familiars