This is Part IX. Part I of Humpty Dumpty is here. A slightly different version of this story was going to be the original pilot of the TV show I was working on in 2006. You can read about that story here. 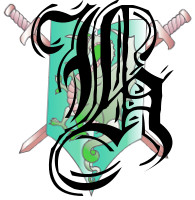 umpty Dumpty has the best seat at the tournament. He sits next to a beautiful but terrified young woman. They sit amongst the Lords and Ladies.

In the other parts of the stands, the peasants really enjoy themselves. Poor, scraggly, sunburned, and missing teeth, they look forward to this day more than any other.

There are two fields, one for jousting and one for sword fighting. Two jousters practice their gallops in one field and in the other, multiple armored men practice their sword swings and footwork.

“What a fight!,” the announcer shouts into a wooden bullhorn looking device. “Next up, we have a former champion versus a stranger. Please welcome back Sir Edward!”

Some of the crowd cheers wildly.

“And visiting all the way from the Kingdom of Castille, please welcome Don Jew-ann!”

The crowd gives a sympathetic clap.

Edward and Don Juan bow to each other and the fight begins. Edward attempts to circle Don Juan, but Don Juan heads straight for him, doing some fancy solo sword work. Edward slices but Don Juan blocks it and immediately pounds him with his sword. Edward falls to the ground within seconds.

Edward’s armor protects him from serious injury. Had Don Juan’s sword been sharpened and Don Juan been in a real fight situation instead of a tournament, it would have been obvious Don Juan would have taken Edward’s life before you could count to five.

The crowd roars as they’ve never seen a stranger come in and dominate a previous champion like that. The musicians play Medieval music between fights and Don Juan quickly rises to the top of the board with each fight.

Each fight goes almost exactly the same. Don Juan goes straight for his opponent and either knocks his sword away or knocks him to the ground within seconds.

By the end of the tournament, Don Juan stands on the first place pew, above his second and the third place opponents. A beautiful young Lady awards medals around their necks with Don Juan getting the nicest one. As Don Juan looks into an audience, the crowd goes wild and one enthusiastic fan flashes her breasts.

Another year, another lottery