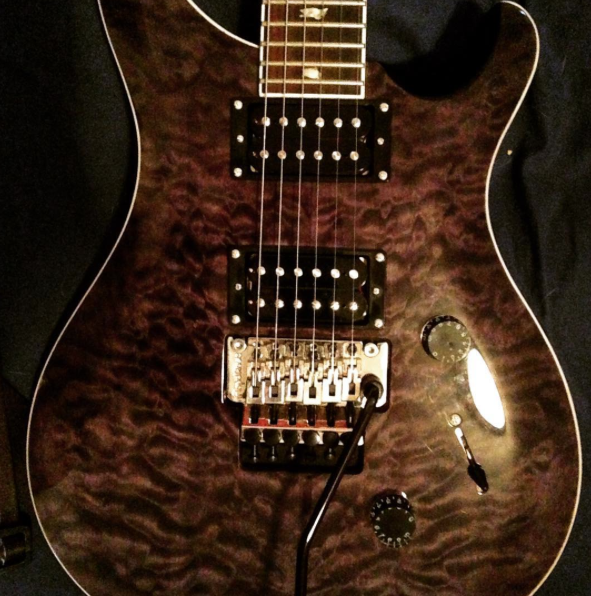 After years and years of being a starving musician, I’ve finally released something I’m proud of. Five songs, all fully orchestrated.

I’ve been in band after band. I quit music for good in 1994 after our band literally got in a fight with ourselves on the stage. I think there may have been four or five people still in the audience at the time.

Yeah, it was that bad.

Then in 2007, I decided to get back into music. I joined a band. Then left it and started my own.

It came in the Summer of 2012. Our music really did sound like everyone else.

My wife brought home a video of a BBC dramatization of Beethoven’s 3rd symphony. In it, you got to see Haydn pass the torch to Beethoven. At the time, Beethoven was too revolutionary for some. But anyone with any brains knew that he was doing something revolutionary.

After watching that dramatization, I had a revelation. What am I doing? Why aren’t I really using the skill sets I had?

After all, nobody studied Classical music like I did. So, I decided to take it a step further. I’d study orchestration.

Luckily for me, almost everyone I liked has been dead for 70+ years. So all those scores and even the textbooks they studied from are public domain.

The main two references I used were Hector Berlioz’s (updated by Richard Strauss) Treatise on Instrumentation and Walter Piston’s Orchestration. Between those two textbooks and studying scores, I got all the knowledge I needed to orchestrate my own pieces.

Of these five songs, I orchestrated all five of them. Two are dance songs. Two are straight up Classical waltzes. And I included one ballad, backed by a lovely string quartet.

Princess for the Night. I wrote this one for Roxy. She’s a great dancer, and one of my most dear friends I’ve ever had. Great listener. And of course, great model.

A real fun piece. Whereas the music sounds happy, the lyrics are quite dark.

Lizzie’s Opium Waltz. Named after 19th century supermodel Lizzie Siddal. She was the most famous of the models for the Pre-Raphaelite Brotherhood, and withered away on opium until she died in her early 30s.

I’m in Love. I may or may not have mentioned that Allie’s getting married. She has a baby, and they’re finally going to get hitched next year. I wrote this for Allie and her soon-to-be husband (and father of their child). He’s a great guy, and I can see them together for the next fifty years. I hope they have at least one more kid. They’d be great parents. Allie’s my blonde model if you haven’t been following this blog. And of course one of my besties.

Make Me a New Heart. I’m not going to go into my personal dysfunction, but I didn’t exactly have the most functional family growing up. Good thing though is my wife and my mother got really close. When my mother died, it crushed my wife. As dysfunctional as my family was, at least I had one. My wife had no one. So my mother was the closest thing she had to a family. And this is dedicated to my wife.

One More Serenade. I love ending an album on a ballad. I wrote this one also for my wife. However, I wrote this song back in 2009. It’s finally seeing the light of day. I didn’t add the string quartet until recently. It was just band and synth.

Too many people to give thanks to. I especially want to thank though Randy of Stout Recording Studio who produced the album and played all the drums and percussion. He’s played in everything from Jazz trios on cruise ships to 18-piece Jazz bands. I personally don’t like Jazz too much. However, I’ll be the first to admit that that genre produces damn good musicians.

I also want to thank my two singers – Sarah and Liel. Both ladies sounded superb on their respective songs.

Why I love cruises