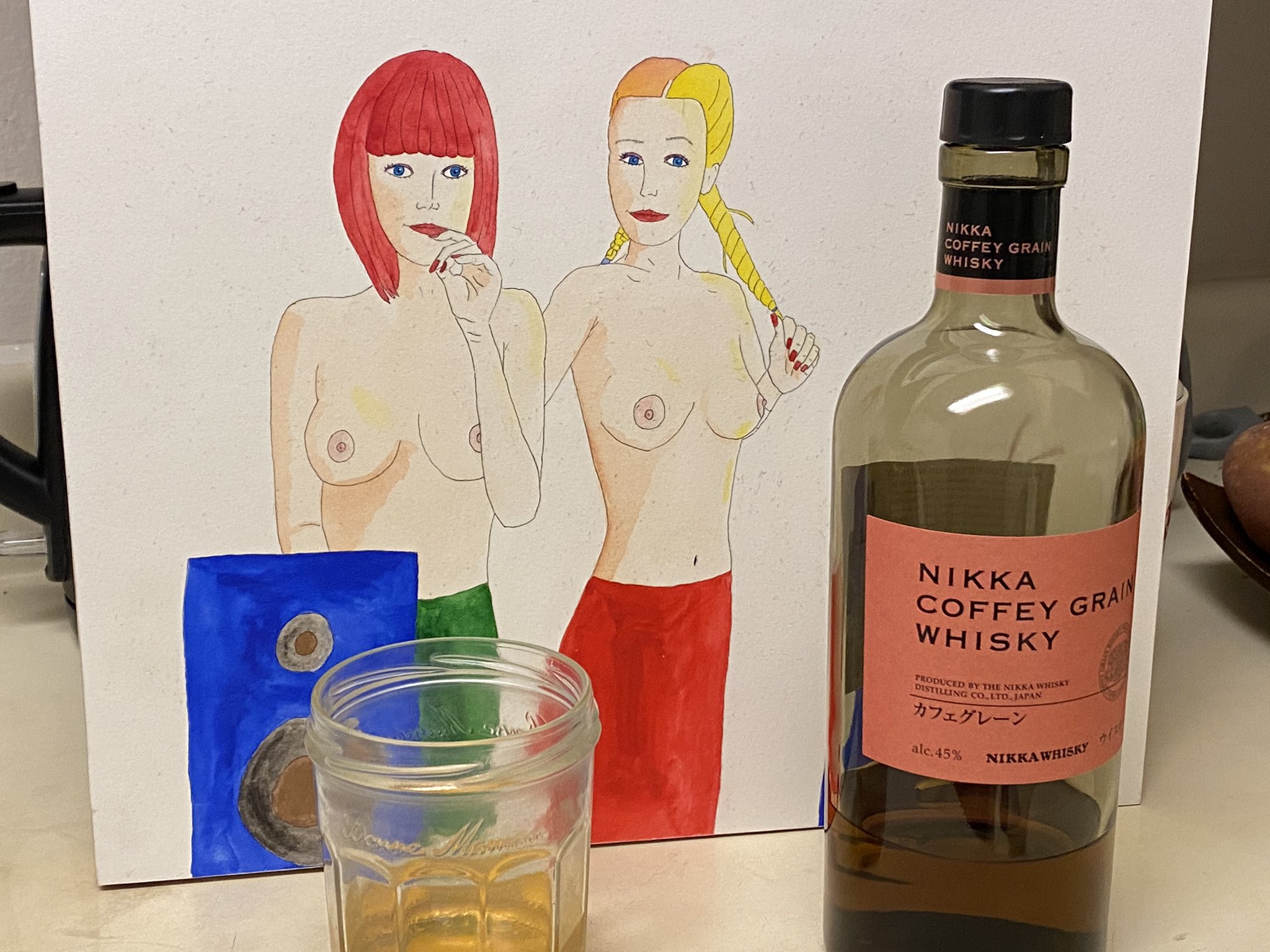 I’m by no means perfect. Heck, artist should already be a red flag. Sane artist is an oxymoron. We’re all a bit nuts. Just some more than others.

Last night, I killed half a bottle of whiskey. It’s fantastic whiskey, Nikka coffee grain whisky, one of my favorites and quite possibly my favorite Japanese whiskey of all.

But damn. Feeling it this morning. Already had a glass of saltwater and will drink my usual 6 to 7 cups of coffee.

Running’s definitely out of the question. I’ll still get at least an hour in the sun today. Probably go for a long walk.

I’ll detox the next few days and won’t drink again until Thursday though. Thursday, I get together with a bunch of geeks and play Euro games. That’s how I got the idea for making a game in the first place.

What I get right

Giving myself some credit, I simply do things. Most people are scared to pursue their dreams. They’re scared of failing. Or, they worry about what others will say.

I don’t understand those mindsets at all. I already know I’ll run into people rooting for me to fail. So what? Rather than let that bother me, I rub it in their stupid ass faces when I succeed. Nothing pisses them off more.

But you know what? Those losers deserve it. Seriously. They’re the people who screw up society the most.

I love to see people succeed. That’s why I write articles on how to adult properly. Because people often don’t know this stuff.

Self-help exists because people don’t know it. I had a retard level financial IQ when I first became an adult. I had no guidance. No mentors. I had no idea where to start.

I got into the corporate world by accident. When I got in, I didn’t know what a 401k was or what stock options were. I didn’t know any of that stuff.

That’s why I encourage people to look up that information. You need to know that stuff if you’re going the corporate route.

People don’t know health either. They’re lied to by advertisers all the time. Like “breakfast is the most important meal of the day” for instance. That’s complete bullshit. It comes from 1940s cereal ads. Look it up!

Yes, you should have breakfast if you’re trying to put on lots of muscle or if you do physical labor for a living. If you’re sitting in an office 8 hours a day and commuting 2+ hours a day, maybe consider skipping it. Or having a light dinner.

The media doesn’t tell you stuff like this because they profit off of you being ignorant. Sounds like a conspiracy? Well guess what. It’s not. I’ll let you in on the truth about the media.

The media depends on ad revenue. That’s the way it’s always been.

Let’s say you own a newspaper. And the Umbrella Corporation is your biggest sponsor.

You’re not going to publish that exposé on the Umbrella Corporation. Rather, if you publish anything about them, you’re going to say how the employees are happy and the CEO is a fabulous guy.

Where does this tie in to health?

Well, look who sponsored Saturday morning cartoons, back before the internet. Sure, some of you are too young to remember what I’m talking about.

If you’re too young, Saturday mornings were when the TV channels showed cartoon after cartoon. Some were awesome. I happened to love Thundarr the Barbarian and Dungeons and Dragons.

Super sugary cereals sponsored the cartoons. So of course, these TV channels aren’t going to tell you that sugar causes Diabetes 2, obesity, cancers, and all kinds of other health issues.

I used to work in a retirement facility so I saw firsthand who lives and who dies. I also got seriously into lifting weights and running so for my age, I’m top 1% in both strength and health.

You’ll encounter some health professionals who are wonderful people. Who genuinely care about your health and who want you to be healthy. They’ll give you wonderful advice.

You’ll also encounter health professionals who are drug pushers. Who don’t really care about you and make tons of money prescribing drugs from the pharmaceutical companies.

It’s on you to figure out if you found a doctor with integrity or one who’s more interested in buying a bigger boat.

I’m also a writer and I enjoy writing. Ever since I switched this blog over from a watercolor blog to a freestyle blog, I started enjoying writing again. I love freestyle writing. You get to spill the contents of your brain onto paper. Figuratively speaking of course since this is the internet.

50 things about yours truly