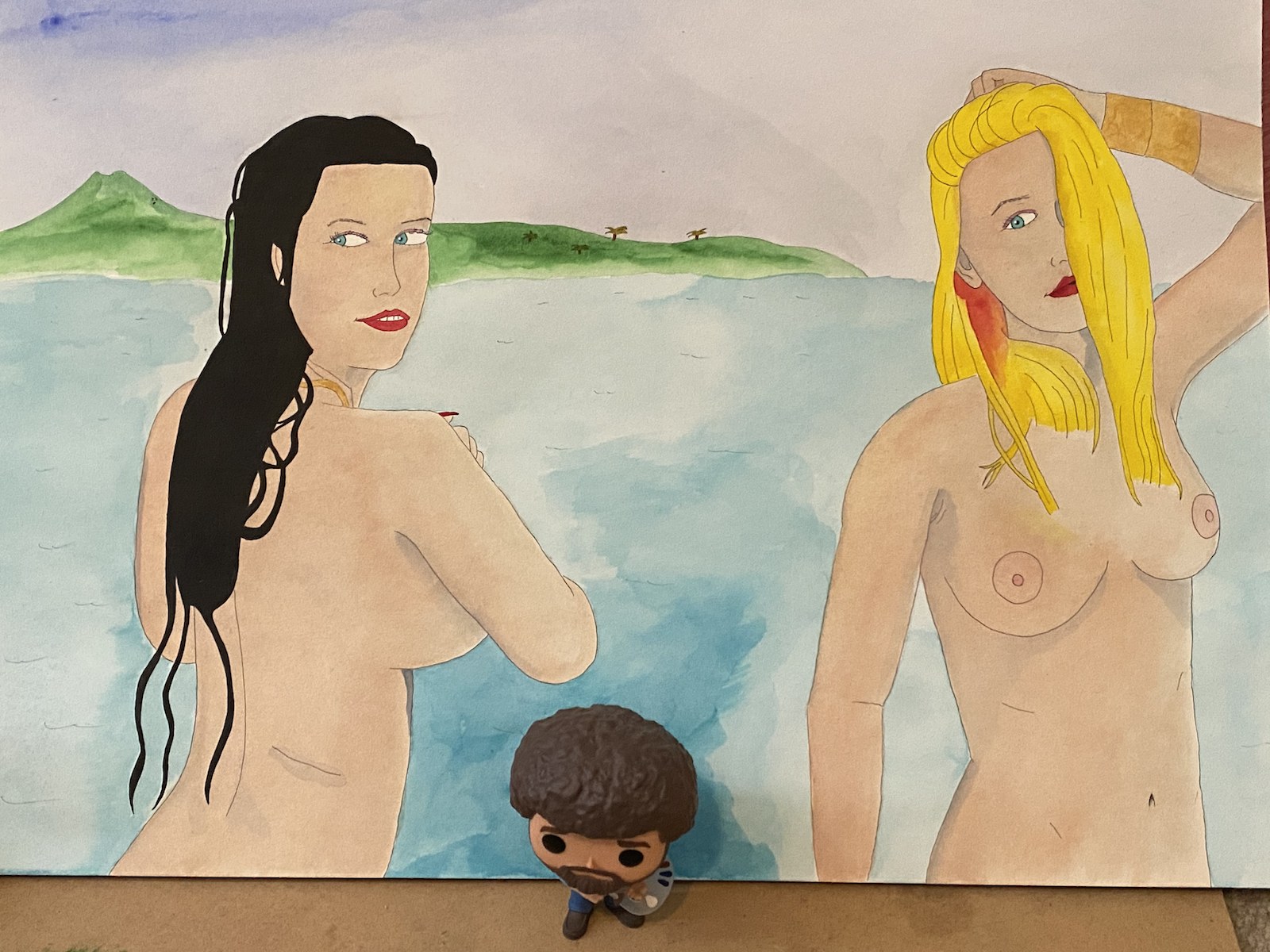 Are you a Bob Ross fan?

Not just for his painting lessons. But also his mindset.

You ever see Bob Ross freak out? Heck, if the zombie invasion started, he would have just kept painting.

Chill AF. In a zone.

He’d even take his mistakes and make something out of them. Nothing phased the guy. He’s like the Joe Montana of the painting world.

You could go back on YouTube and watch old Bob Ross videos. He’ll be around forever because his teaching methods are so cool. You feel like you learn something with every episode, and it’s not just about painting. You see how he lived as how he had such a chill outlook to life in general.

So Bob Ross is with me in spirit when I paint. I’m trying to be that chill.

Of course it helps to drink a bit. I’m generally drinking either whiskey or absinthe.

When I say whiskey, I mean either bourbon, Japanese whiskey, or Scotch. I’ll occasionally drink Irish whiskey as well.

Booze keeps me loose. I don’t sweat over minor details and the brush just moves on its own.

I like the feeling of painting with a decent buzz. I know a lot of writers drink when they write. Keeps them loose and the words just flow.

Anyways, RIP Bob Ross. I enjoyed many of his shows. It’s weird he died in the 90s because it almost seems like he died recently.

What I look for in a Pinup Model

What you need to mat prints