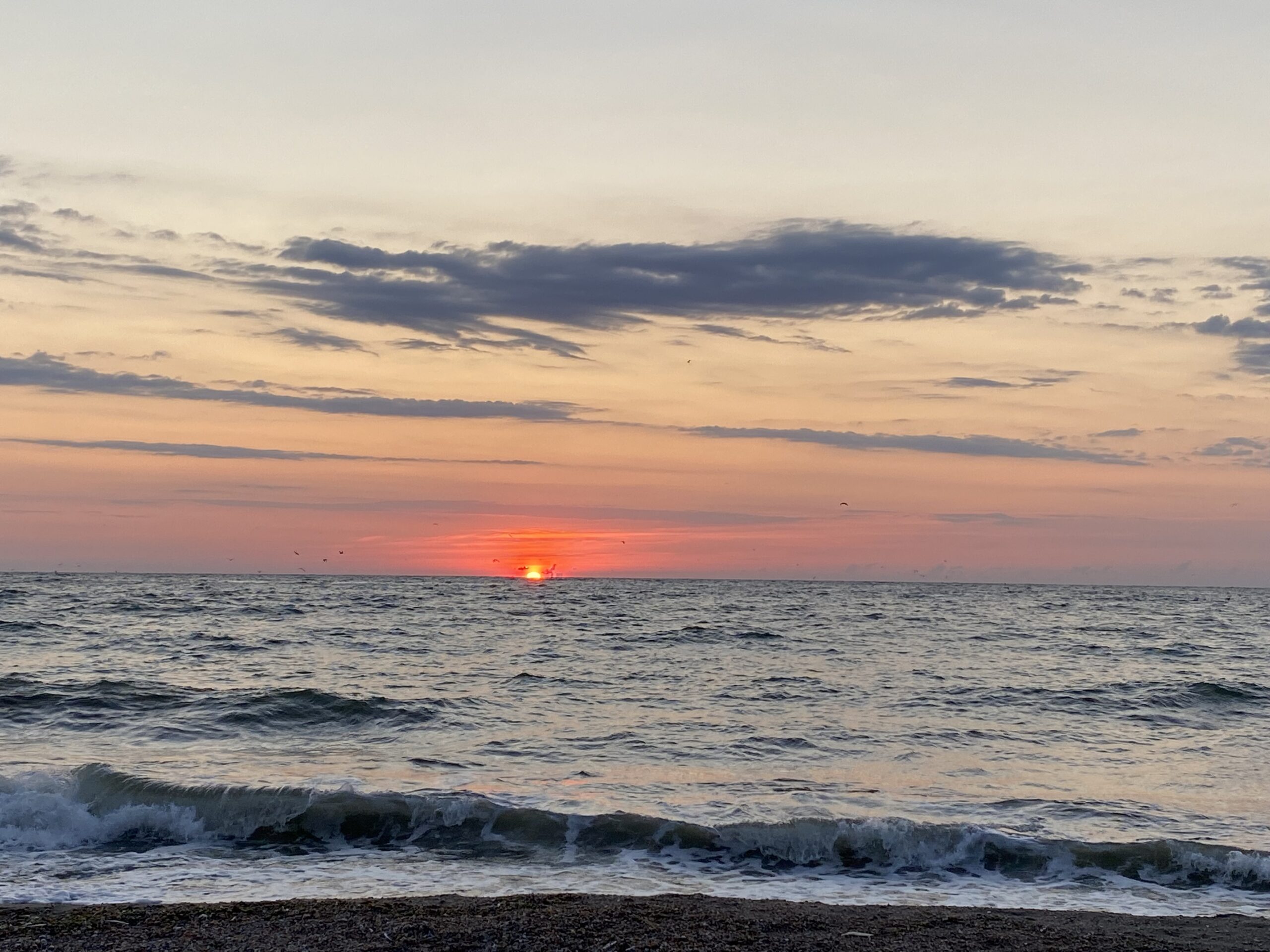 Well I’m back from Romania.

The Mrs and I touched the Black Sea for our first time. I actually did a lot of swimming in it. Yes, you can swim underwater with your eyes open. It’s not too bad.

You don’t have much visibility though. I definitely now know why they call it the Black Sea. It’s a dark green. When I paint someone in the Caribbean, I’ll either paint part of their body underwater or their reflection. With the Black Sea, you see neither.

You don’t have the visibility to see anything under the surface. Plus, it’s dark enough that you don’t see their reflection in the water either.

Whereas it’s not as warm as the Caribbean, after living in San Francisco, it’s nice enough to swim in for a bit. I got a really nice tan from both laying out in the sun and doing a lot of swimming.

The featured image is one I took when the Mrs and I woke up to see a sunrise. The other family we were with had the idea, but failed to wake up. Twice.

The Romanian pastime? Laying out in the sun on the beach with a cigarette.

I got a new model too. Diana. Super cool in real life too. Are as most of the Romanians we’ve met.

I told her that she looks Romanian. She told me that people say she looks Turkish. Whereas I’ve never been to Turkey, I only have a small sample size of people to compare her to.

We did one drawing and photo session. She’s great at what she did. Already had a bunch of poses ready. I simply drew and photographed.

I learned that there are quite a few Romanian art/photography models out there. Many of them are quite attractive, as is the average Romanian girl.

Loves AC-DC and a lot of other really good music.

And lastly, when I get some time, I’ll create a series of 8 Antheia NFTs. Each one will have the artwork, a little animation, and a short cute waltz.

I want to create different NFTs than everyone else.

Anyways, I got a lot more to say but not in the mood to write right now. I got so much work to do still and wanted to whip a blog post out so y’all don’t think I’m either dead or quit this blog.

How I lost 20 pounds