This is Part VI. Part I of Humpty Dumpty is here. A slightly different version of this story was going to be the original pilot of the TV show I was working on in 2006. You can read about that story here. 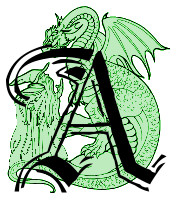 tall, dark stranger walks into the tavern. He stands a head taller than any of the town folk, with a dark brown beard protruding from a thin but strong chin. He sits alone at a table in the back where he can see the entire room.

The bar wench approaches the stranger, puts his hand on his back, and whispers something in his ear.

“Your dinner, and your finest ale, please, my Lady,” he says in an exotic accent.

The bar wench smiles at being called a Lady, and struts with a new found confidence as she disappears into the kitchen.

“It is him,” Nathan whispers to his friend, motioning to the stranger in the back.

“Yes, the man!” Nathan leaves his friend and stumbles over to the stranger’s table. The stranger initially makes a defensive move, but tones down immediately as he realizes this peasant is in no way a threat.

“I am Nathan,” he nervously says as he seats himself. “You’re, you’re looking for a woman.”

“Yes, Nathan,” the stranger replies. “I’m looking for my wife.”

“Our Lord, Sir. Our Lord. He…he steals women. He has your wife. She has brown hair?”

“He has her. But…but you will not be able to get-”

“That castle?,” the Stranger asks as he grabs Nathan by the shirt and pulls him close.

“Oh no. He won’t just let a stranger in. You must win his trust.”

Nathan’s friend comes over to the table. “Yes Sir. We can get you inside. Is it true you fought in the Crusades?”

“Then Sir,” Nathan explains, “you…you will be better than-”

“What kind of games?”

“No one else knows you. You are tall and clean, like a Noble. You can read too, no?”

Nathan hands the stranger a coin purse. “This is all we have. We know an old retired magician. He will know what to do.”

“Well, he’s not a great one. But he knows…he knows a lot of stuff. Please Sir. It’s all we have. All we ask is you kill him after you get your wife back.”

The stranger smiles. “You didn’t even have to ask.”

You need to make a living

All the King’s Horses