This is Part XII. Part I of Humpty Dumpty is here. A slightly different version of this story was going to be the original pilot of the TV show I was working on in 2006. You can read about that story here. 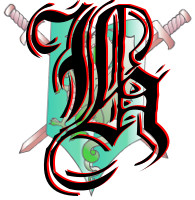 umpty Dumpty sits with his legs over the tower’s wall. He throws something over the edge and it falls and falls and falls, all the way to the ground several hundred feet below.

In another room in the castle, Don Juan kneels in prayer. He’s thinking of his dead wife, chasing her as Alicia laughs heartily.

Don Juan thinks of how he used to come from behind her and kiss her on the neck, and she’d turn around and touch him.

He thinks of how they used to walk hand in hand in the snow.

He remembers the search party. His frustration and the others wanting to give up, yet he kept going as they turned back one by one.

Now we see an older Don Juan, a man who lost his passion for life and only wants one thing.

“Forgive me Father,” as his right hand wraps around the crucifix, “for I will sin.”

A Stranger walks into town