This is Part XIII. Part I of Humpty Dumpty is here. A slightly different version of this story was going to be the original pilot of the TV show I was working on in 2006. You can read about that story here. 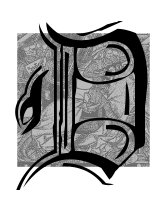 on Juan walks by Humpty Dumpty’s door but a guard sentinels the entrance. Don Juan pretends he forgot something and turns around forgetfully, then lunges quickly at the guard and slits his throat.

He catches his body before it falls to the ground and puts it down quietly. Then he sneaks into Humpty Dumpty’s room.

Humpty Dumpty has his back turned. “So, who has come to kill me?”

“Don Juan? I did not expect you. Did my women not please you?”

“Alicia was my wife.”

Don Juan whips out a bloody short sword. “I’ll give you five minutes to ask God for forgiveness.”

Humpty Dumpty stares hard at Don Juan, then walks over to the sword on the wall and takes it down. He looks at it, swings it around a few times, then turns and faces Don Juan. “You were quite impressive. But those were mere mortals. If anyone needs to make peace with God before he dies, it’s you, my friend.”

Instead of finishing him off, Don Juan tosses his sword to the ground. Humpty Dumpty laughs.

Don Juan takes a few steps forward and jabs Humpty Dumpty in the face twice. Then Humpty Dumpty throws a pair of hooks which Don Juan avoids and counters with a solid right cross to the face.

Humpty Dumpty feels his face and feels wetness. He takes a look at his bloody hand, then his face turns mean, real mean.

Don Juan’s back broke in the process. He reacted naturally, which was a mistake as Humpty Dumpty is the heaviest man in the Kingdom.

Don Juan falls to the ground. He cannot move his legs and starts bleeding from the mouth. He reaches into his pocket and pulls out Alicia’s crucifix.

“Now, we can both rest in peace, my love,” he says softly right before he dies.

Don Juan and the Redhead

The most beautiful thing there ever was