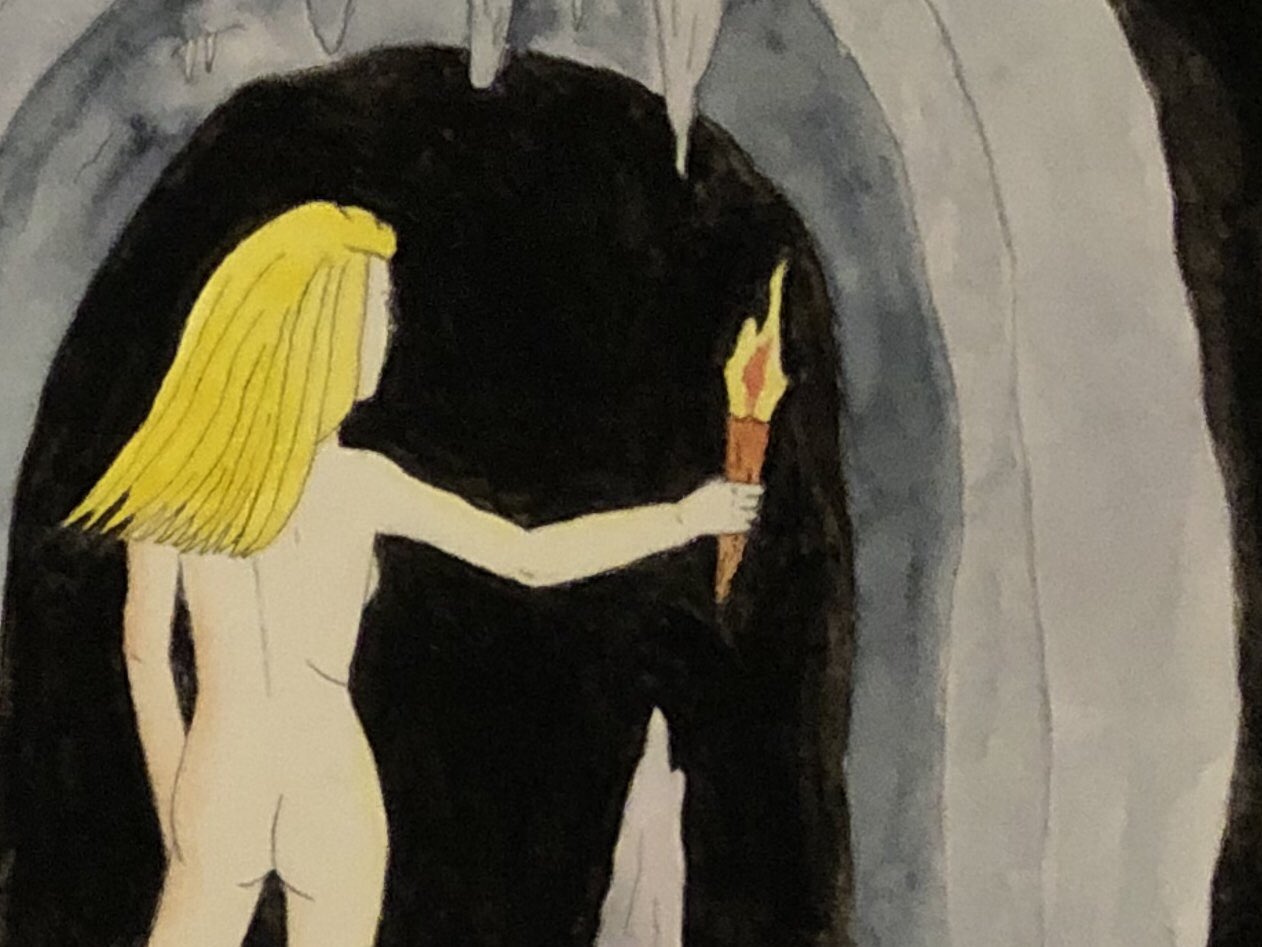 Here is something that artists ponder. But I’m sure there aren’t that many resources for them.

Imagine, you are young. You know you’re an artist. But you have to make a decision.

You have to decide which route you will take. Will you brave it out and shoot for entrepreneurship? Or will you pursue a 9 to 5 job and continue to do your art on the side, hoping that you’ll have a piece or two that can propel you into full-time art some day?

Or, you can do something that advances your art career. You can manage art galleries, teach art in high school or college, or even online. Meanwhile, you still do your own art.

Every single one has advantages and disadvantages. And to make this article more complete, I need to tell you my past so you know where I’m coming from.

I am a highly successful 9 to 5 worker and investor. I’ve twice failed to start creative businesses.

But, I haven’t given up on entrepreneurship. It’s something I’ve always wanted to do.

I once got up to $54k in credit card debt because my last business failed so badly. I didn’t want to get a formal business loan since I didn’t want anyone to have any control over me. My train of thought at the time – credit cards are anonymous.

Was it stupid? Looking back, probably yes. But I went in knowing the risks and fell flat on my face.

I almost have those loans paid off. No, I’m not struggling at all. I have the cash to pay them off. But I like keeping six months of cash at all times just in case. Once again, that’s just me.

I know there’s an accountant reading this right now thinking “what an idiot!” But that’s how I think. I absolutely have to have a cash reserve at all times.

And yes, this is my second business that failed. As the saying goes though, fail better.

Opium Tales is my third business, started on January 1st, 2019. The first one ironically also involved the name opium tales. But as the name of the television program, not the name of the business. (That company was an entertainment production company). I tried to get funding for the business and only ended up with debts.

“Then why be an entrepreneur?”

Why did I choose to be an entrepreneur? Because of the freedom. That’s why most entrepreneurs decide to go that route. You are your own boss. Or they can argue your customer is. Or in my case, the networks I was trying to pitch my television show would have been.

If the ratings went well, I’d have complete freedom to write the second season any way I wanted. That would have ruled!

If the ratings went ok, to get more money, I’d have to compromise. The episodes that went well, I’ll have to continue writing more along those lines. Even if I absolutely loved the episodes that didn’t do well, the people giving me money will say “no, you can’t do sequels to those ones” or “you can’t write them in that style.”

So yes, if you’re kicking ass, you’re your own boss. If you’re not, you have to answer to your customers.

On a lesser note, this country still pretty much drives to work. Sure, some cities have decent public transportation systems. The majority don’t. So, you spend time in traffic.

If you’re an entrepreneur, you’ll read about other people in traffic jams. Sucks to be them.

You know what happened? The company was so good, that someone bigger came along and bought us out. Then we all got laid off.

I got a severance out of it. Yay!

Sadly, I haven’t had a single job since where everyone was cool.

If you’re an entrepreneur, the only asshole you have to deal with is yourself. But if you like yourself, you like who you work with.

Well, sort of. You have to deal with your customers, your suppliers, the shipping people, accountants, lawyers, your press people, and a slew of others. Sort of. You do get to choose all that stuff. If they’re assholes, go straight to their competitors and give them your business.

Still better than dealing with assholes at work.

Also, once you get established, the only one who can fire you is you. Once established, you really have to screw up to lose your revenue.

9 to 5 people have to worry about losing their jobs. You don’t. You got yours as long as you want to do it.

Also, the upside is endless. You can go from six figures to seven figures in a year.

Good luck making seven figures at the good old 9 to 5. Once your salary starts increasing fast, your head is on the chopping block when the company takes a downturn.

I once got laid off because the company lost their main client and they took one look at my salary and thought to themselves “Roman needs to go.” I was making too much. Not to me of course. To them.

Every year, we head closer to 1984. And it’s actually quite sickening.

Every year, we have to add one lie to our daily corporate vocabulary. And these aren’t minor lies. They’re pretty big lies.

I can’t even talk about them. I’d lose my job. And I still need it for another year or so.

It’s not at all about being polite. It’s all about censoring thoughts.

Freedom is like the whole crab in pot analogy. If you boil the water, the crab will immediately jump out. However, if you heat it up slowly, you’ll kill the crab.

Same thing with Freedom. Take them all away all at once and you’ll have a bloody revolution and the people who caused it will more than likely lose their heads. Let 1984 seep in slowly and you’ll have a global dystopia.

Now as an entrepreneur, you don’t have to deal with this bullshit. And if you think it isn’t bullshit, watch Mad Men and as dysfunctional as it may seem to you, there’s a reason why millions of people watched that show. We could be normal humans back then! Imagine what that would have been like.

When you’re an entrepreneur, you’re the lead money guy, the lead press guy, you’re the everyday worker, and you’re the CEO. You’re even the guy who takes the garbage out and waters the plants. You’re pretty much responsible for everything. You need to know how to do pretty much everything.

Unless of course you’re swimming in money and can outsource a lot of the work. But, let’s be real. Most of us aren’t exactly in that boat. Most of us start with rowboats with the bargain brand oars.

Sure, you work from home if you’re an entrepreneur. But, your home is also your work. For better and for worse.

Sure, some of us have to work after hours and on weekends. Most of us ditch those jobs as soon as we possibly can though. Great way to burn someone out.

Expect to have some time where you don’t make anything as an entrepreneur. How much is “some time?” Well, on average, it’s two years.

Some folks can make money right away. Most don’t. Most starve for at the very least the first six months.

With a 9 to 5, you get a paycheck. You know the paycheck is coming. It’s steady.

This alone is why the vast majority of us are 9 to 5 folk. You’re guaranteed a steady paycheck. (That is, until they decide to replace you).

It becomes the Devil you know. Plus, everyone else is doing it. Right?

But, you’re not fulfilled. You know in your heart, you’re an artist, not a dentist. You just need to get out there.

So what do you do? You practice your art every chance you get. You smile when you’re working on that bratty kid’s teeth and remind him that he needs to actually brush them daily. I know, weird concept, right? Why won’t these kids brush their teeth? Why won’t parents remind them?

Soon, that won’t be your problem any more. You’ll be painting full-time.

The thing is, you know the transitional period could take years. You’ve heard of it happening, and both times you knew someone who made the transition, they did it cold turkey.

But you make a lot of money. So what do you do?

You’re scared. You got house payments. You got two kids who are about to start college soon.

Time will go by. You’ll get old sooner than you realize. And you know it.

You know a former accountant and a former real estate agent who both did it. They’re now full-time artists.

They both tell you the same thing. You need to commit then burn every single bridge so you can’t go back.

What if you fail? You’ll lose your house. And gasp, your kids will have to take big fat student loans.

But you don’t know a single person who successfully transitioned over a long period of time. That’s because we all know the truth. Once you’re addicted to steady income, it’s almost impossible to get off that addiction.

The only way is cold turkey. You know that. I know that. Both your former accountant friend and your former real estate agent friend told you this. Like a million times.

Are you going to pull the trigger?

As of today, I still have a day job. Both businesses I started failed. Both were art related. And both left me with a lot of debt.

I paid off the first one. I’m still paying off the second one. There’s an old saying though that the average successful businessman failed four times before he created his winner. I’m currently batting zero for two.

I met a lady who successfully transitioned from a corporate job to an entrepreneur. Yes, those people exist.

However, most successful entrepreneurs burned their bridges and jumped straight in the water. Or at least the ones I’ve interviewed.

I only know that one exception. One out of many.

What should you do? You know you better than I know you. Are you happy at your 9 to 5? Do you have the stomach to be an entrepreneur?

Then there’s the other set – the ones who do art for a living but not their own art. Art sales. Art promotion. Making art for a corporation. Teaching. Graphic design work. Etc.

If you are satisfied doing that, I suggest you keep doing it. If you’re not, then consider entrepreneurship. It’s risky. But what’s the saying about risk and reward?

I don’t have the answers. I’m happy at my 9 to 5. But it’s not my dream job by any means. I’d rather be composing music and painting Allie and Roxy full-time. My mind wanders elsewhere in meetings. Some days, I’d love to just sleep in and wear sweatpants all day long.

So I’ve committed to a date. All debts will be paid off. Then bam! “Here’s my two week notice. Where am I going next? No, there is no next. I’m going all in in art.”

You can do something like this. Have an expiration date. Commit to it. And burn every bridge so you can’t go back.

Is it a good idea? For me, it’s the only way. I’m addicted to those paychecks and if I don’t go cold turkey, I’ll never be a full-time artist.

Once again, I can’t speak for you. But I’m showing my cards here.

Am I a conspiracy theorist? Or am I someone who learned about the money trail?

Why happiness as a goal is a bad idea