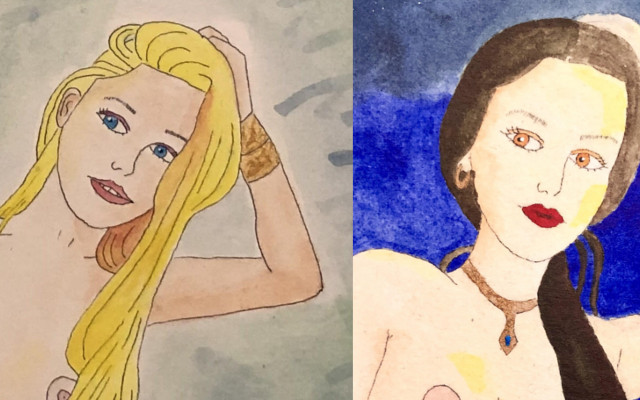 This, my friends, is something that actually gets under my skin. We have a media that loves to play to people’s insecurities, and loves to bring down those who have it, whatever it is.

Jealousy, I can assure you, is a pathetic trait. It serves no purpose and accomplishes absolutely nothing. Jealousy is especially poisonous if you’re any type of artist. All it does is burn bridges. And you want bridges open, especially in a highly competitive industry like yours and mine.

Today’s media loves to promote a negative correlation between beauty and intelligence. They love to portray beautiful people as stupid.

You know what? That’s all lies. Beautiful people on average are actually smarter than average as there are genetic reasons for human preferences.

I had absolutely no problem finding both qualities in the same woman. So many examples in real life of smart, beautiful women. I had a lot of opportunity. And I got one.

Why are they doing this?

There are two types of people who love to promote this myth. And you guessed it – one from each gender.

You got men who are bitter towards women. Yes, you can use the word misogynistic if you’d prefer. And you’d be correct. They are bitter for whatever reasons. A horrible relationship with their mothers. Bad luck with women. Whatever the cause.

So, rather than look inside and see what they could improve, they blame women. And make statements like if she’s beautiful, she must be stupid.

Then, you got the women who hate other women. Yes, I’ve met plenty of these in my lifetime. In fact, I’d argue that there’s more misogyny amongst women than there is amongst men. But I could save that for a later post. Let’s not go off on a tangent here.

You got women who are short in the looks department. So rather than do the work required to improve, they make statements that beautiful women are stupid.

Allie and Roxy are both above average in intelligence

Now, I’m not saying this because they’re my buds. But it’s true. Allie and Roxy are both above average in intelligence. They just happen to both be beautiful.

My wife too is both beautiful and intelligent. Does she get shit for it? Of course she does!

It amazes me how insecure others are. Rather than trying to raise their own value, they’d rather cut others down.

I don’t get it. I’m far from perfect. But, I’m always trying to get better.

Whatever my flaws, I either accept them or work on improving them. The last thing you’ll see me do is try to bring someone else down because they’re better at something than me. That’s just dumb. If anything, I’d want to hire them to teach me how to improve that area.

So yes, I’d go far as saying that the average beautiful woman is actually smarter than average.

Are we having fun or what?!

Art is for the soul