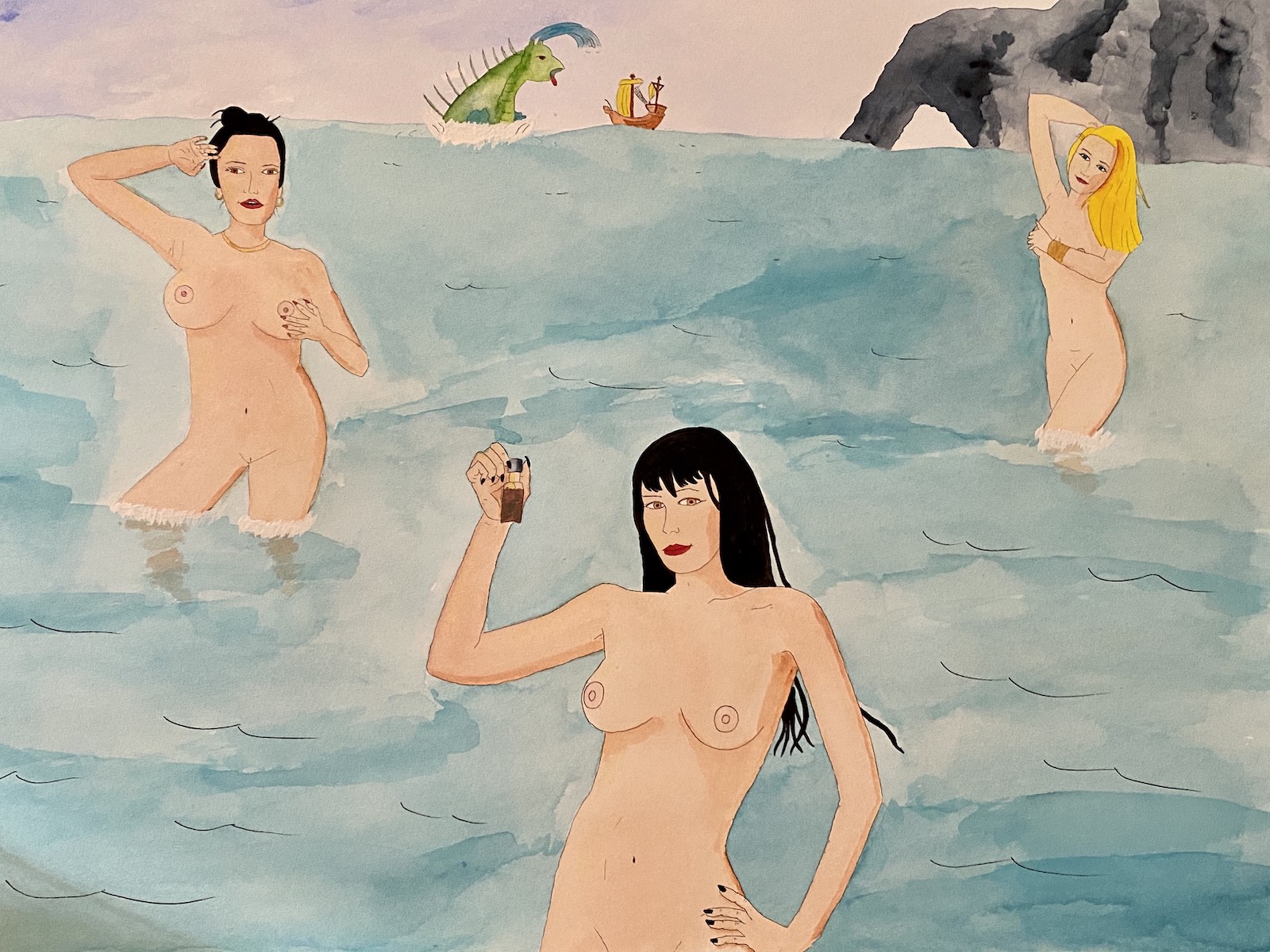 You gotta love the old times. What we didn’t know back then, we filled with imagination.

Nowadays, we’ve lost that side of our psyche. We’ve become too logical, which leads to too dry.

So unfortunately, people have replaced myths and legends with politics. And of course, politics brings out the best in people. (I’m obviously being sarcastic).

Nothing will ruin a family get together faster than that one guy who brings up politics.

So instead, I went on my own adventure. No, this isn’t about traveling the world. It’s on researching old legends.

I have something I’m working on that I can’t talk about for at least another year. But I can tell show you some of the artwork I’m working on.

A Swedish cartographer by the name of Olaus Magnus created a map in 1539 called the Carta Marina. He filled it up with some goofy ass looking sea monsters. Which at first, I laughed at. But then thought about it.

Or, I could even have them interact with them.

Either way, it’s fitting to my new direction of brighter and lovelier colors.

I like my style a lot. I liked what I was doing. But I got sick of all the black, Moonglow, and Payne’s Grey. I thought it was time to do something a little bit livelier.

Yes, Olaus Magnus really existed and really made the map. His book A Description of the Northern Peoples detailed not only peoples, but sea monsters and adventures.

I’ve never read it. I was more interested in that map with all the crudely drawn sea monsters plundering and killing sailors.

Don’t you just hate it when you’re going fishing a little bit past where you usually go then a sea monster pops out and kills half your crew?

So yeah. Too good to pass up.

I decided to mimic his crude art style. Just mimic it almost verbatim and stick the monsters somewhere with the babes. Heck, half the time I’m painting femme fatales anyways.

My wife is currently working on selling a matted print of Roxy with one of Erik Pontoppidan’s monsters. He’s a Norwegian cartographer that came after Magnus.

Of these new ones, we’ll definitely put the best ones in the store.

25 inspirations for the uninspired

How does an artist create his or her own distinctive art style?