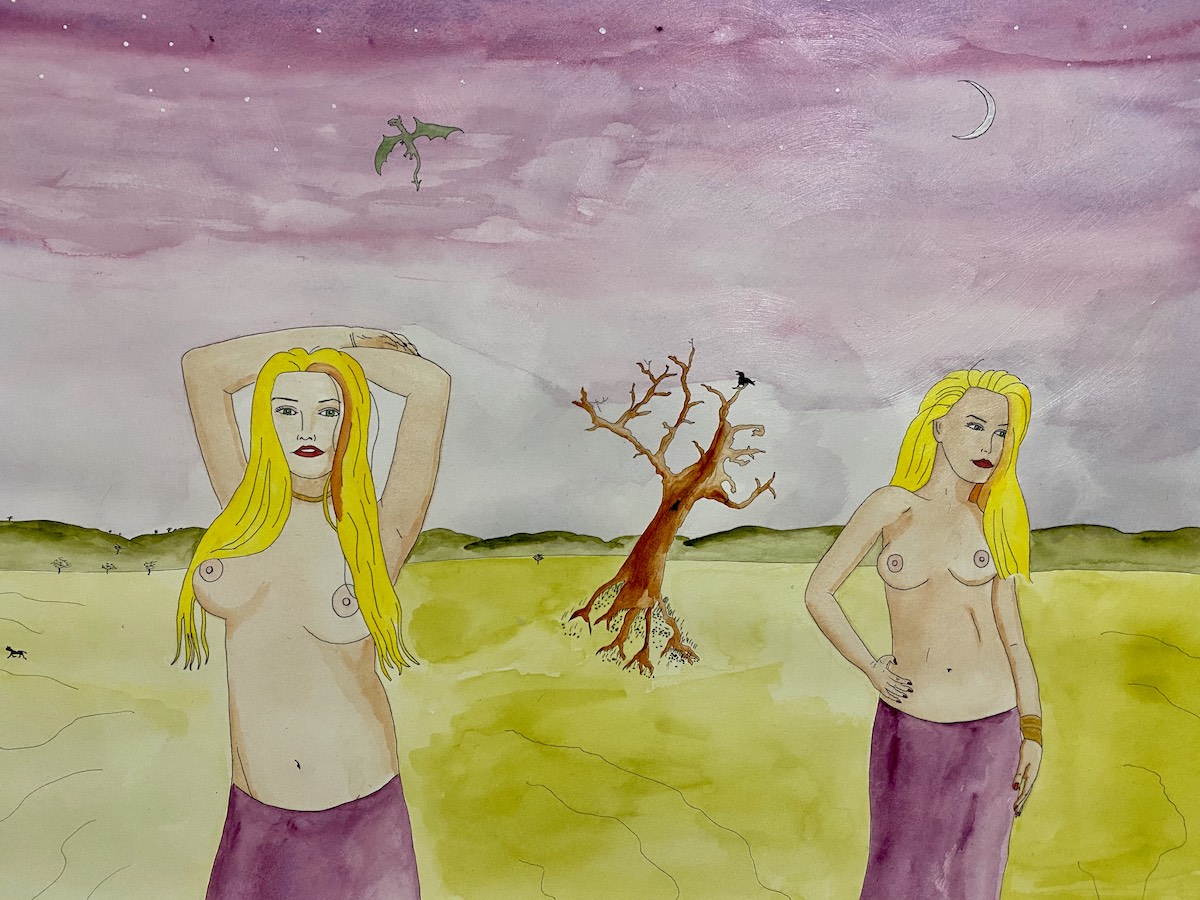 I remember the first time I ever played Dungeons and Dragons. I was 11 years old.

It was a sort of summer school where the kids get to choose their own electives. I chose vocals and board games. Why? I had no idea.

For the vocals, I was the only boy who had the courage to sing. So take a guess who they put in front for the performance at the end of the summer.

For games though, there was this fat lady with a big ass backpack. She led a Dungeons and Dragons campaign. I thought it was the coolest thing in the world.

This was all while I honestly thought I would make the NFL. Football was my life. But you couldn’t play football year round. Had to do something else in the offseason.

As the years went by, it became more and more clear that I would never make the NFL. I became bitter. And abusive.

I treated my friends poorly and my girlfriends even worse.

I only had one true friend, M, and that’s because he was as escapist as I was. We played D&D every chance we got.

I started creating worlds. Writing campaigns for nobody because M ended up moving out of state with his father and I never saw him again.

It turned into an obsession where I actually started retreating in those worlds I created. Until I got lucky.

Dale and the guitar

I met this kid in my senior year named Dale. Everyone else was scared of him because he was a fellow refinery kid. Needless to say, we quickly became best friends.

He had a guitar and told me I should get one. So I did.

I watched him play and copied every single thing he did.

His influence is definitely on my first EP.

Anyways, I went off to college in a different state. I saw him once a decade. We both got married and had kids and went our own ways.

But in the back of my mind, there was something about those worlds I created, back when I was losing it.

If you asked any of the kids before Dale about me, they’d say terrible things. You know what? Every single thing they’d say would be true.

Except for M. I’m sure he’d say I was hell of cool.

Or the kids I knew back when I honestly thought I would make the NFL. They’d say the same thing. Roman was super cool and one of the most popular kids in junior high.

It was in high school where it all went wrong. And it was because I knew this life was meaningless.

Thus, the escape into these worlds.

A blessing in disguise

On the contrary, I love them. Still do.

You’re looking at them.

The only difference? Allie and Roxy and sometimes Sophia are in them.

That’s Roxy and Allie as the Succubi Sisters.

Roxy started talking about getting a blonde wig. So I told her I’ll paint her as a blonde.

She told me that if she likes how she looks in the painting, she’ll dye her hair blonde for awhile.

Well, she liked the painting but didn’t like how she looked as a blonde. She prefers herself as a brunette.

Which is great. I greatly prefer her as a brunette.

So, I told this whole story to Allie and now Allie wants me to paint her with black hair.

Not living up to my potential