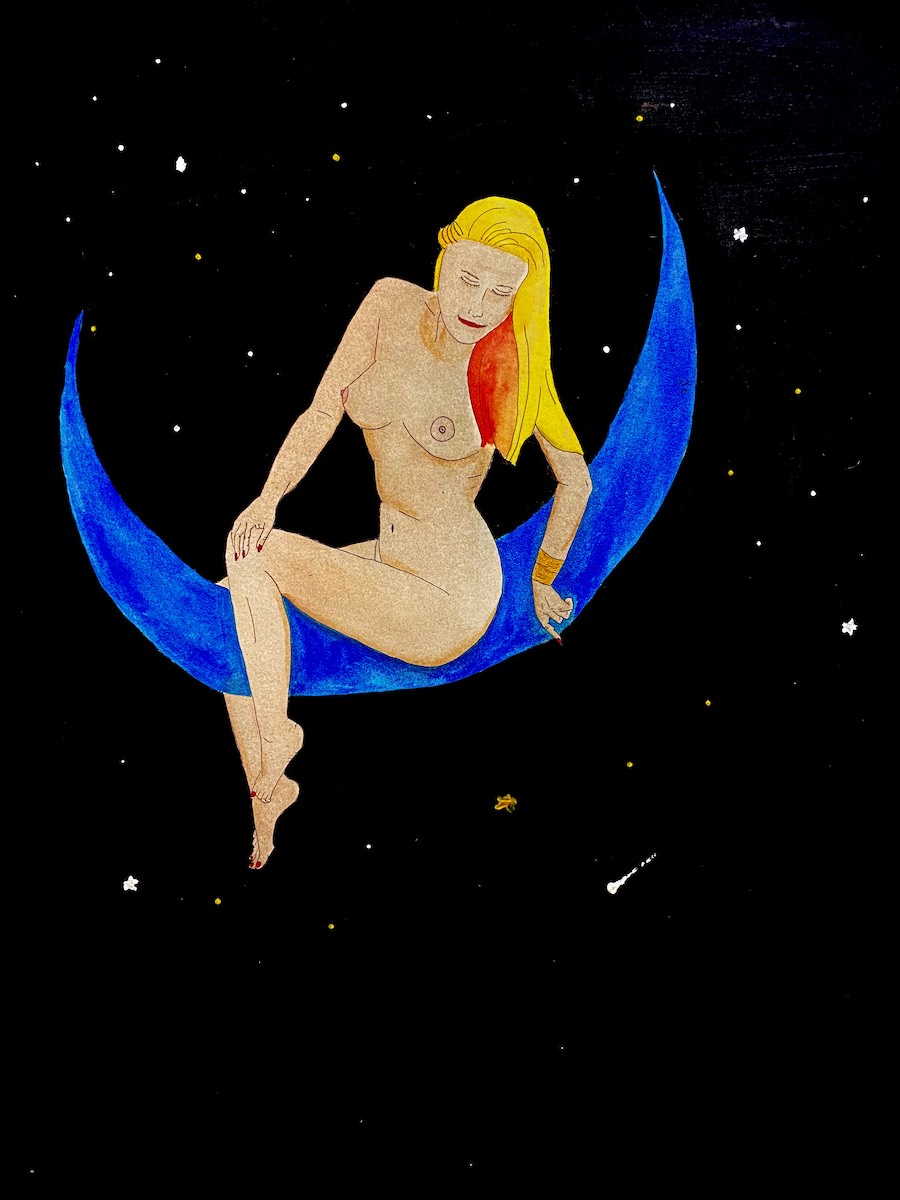 It’s easy to get ahead in the corporate world. The average person is lazy as hell. If you have any work ethic at all, you’ll simply just get ahead.

Smart employers know this. Note though that not all employers are smart. A lot of them can’t tell the difference between a solid employee and a faker. Thus, if you sense this, start interviewing elsewhere.

What does this have to do with art? It’s the same thing.

I thought this was a good tweet but unfortunately, it didn’t take off:

I like drawing hands, assuming the model has nice hands.

Allie and Roxy both have sexy hands. I’ve drawn their hands thousands of times.

The artists who complain about hands? They’ve drawn hands hundreds of times.

Same thing with anything. You suck at hammering nails? You simply didn’t hammer enough nails.

I’m currently taking lessons to improve parts of my art I want to improve. I’ll take lessons until I drop dead, even after my paintings sell in the millions.

You can always improve. Always.

I simply have a different mindset than most. And it shows up in my art.

I remember specifically when I reached the two year mark playing guitar, for instance. I passed up the guitarists in our rival band. One of them was cool as heck and wanted me to teach him music theory. So I did.

The other one passive aggressively said that I must just have talent. I could read in someone’s face when that’s a compliment or an insult. It was the latter. Our band kicked their band’s ass and they knew it. But of the two guitarists, one of them had the proper mindset. The other one didn’t.

You’ll especially see it in sports. I was never a fighter. I trained both Muay Thai and wrestling. The good ones? They loved being there.

I remember one of the guys lamenting he had to spend a week with his wife on his freaking honeymoon. Yes, I’m serious. He would have rather been in the ring.

No coincidence later he ended up somewhat famous. I won’t say his name so I don’t piss off his wife.

But that’s the mentality of a winner.

I’m an artist though, not a fighter. I learned enough to be in incredible shape and escape back to my guns if I absolutely had to.

For art though, that’s the mentality I have. I can’t wait to wake up in the morning and draw/paint. Every single morning.

Heck, even when the Mrs and I go on cruises, I got my drawing notebook and I’m drawing pics of Allie or Roxy in the morning when everyone else is hungover.

I was originally a Psych major in college. I hated it.

I had one dynamic Psych teacher in high school. Excellent teacher. He was so good that he made me want to take it in college.

Then when I got to college, my Psych teachers were all nuts. So were the students.

I went to a few Psych major parties. Rather than having fun, they sat around and psychoanalyzed each other.

Now Nursing students on the other hand. They’re a blast.

I don’t like blood and throw up though so no way in hell I wanted to change to Nursing.

That’s the thing with today’s artists though. They all revel in their anxiety and depression. They make it part of their personality.

Rather than actually sit down, do the work, and produce quality art, they bitch about their pathetic lives.

Artists are supposed to live. The best artists had fascinating lives. Borderline reckless.

Heck, why did I even say that? They’ve definitely crossed the border!

I’ve done a lot of things that I’m definitely not going to talk about. I’ll go to my grave knowing I did them. And probably get a few more laughs about them before I die.

One of these days, I’ll actually learn how to use a digital editing tool. The pics I took ended up being too light for the black gouache. So I tried some filters and Allie ended up looking grainy.

So I picked my poison. The real painting looks A LOT better than this.

Allie in Selene Gazing Upon Endymion.

By the way, if you don’t know who these characters that I paint are, definitely look them up. They have fascinating stories.

When in doubt, paint dancers

Why Bob Ross is one of my heroes

On Artists and Free Speech