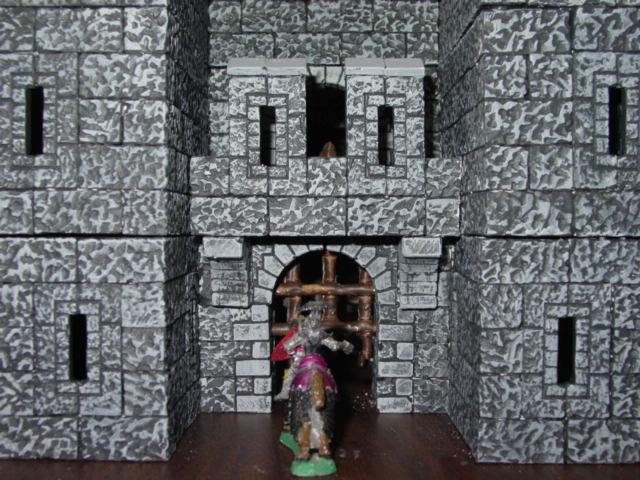 ADnD v1 borrowed heavily from Lord of the Rings and European mythology. You’ll see a lot of the monsters that Gary Gygax, the main author, used in Waterhouse paintings. Waterhouse was a Victorian painter and listed as number one of my all-time favorites.

V1 had a Wild West feel. There was plenty wrong with it. Which isn’t necessarily a bad thing. Above all, Gygax strongly suggested that if you want to create a house rule or two that override the v1 rules – go for it! Gygax hated dogma. As do I.

V1 also had nudity. Which is awesome. That may sound shallow to you easily offended morons out there, but harpies don’t fly around in bras. Even Disney’s Fantasia got that right.

V2 on the other hand took out anything that could possibly offend anyone. It became politically correct. Took out the Wild West feel to it. And became dogmatic.

I’m not sure when exactly Gygax got kicked out of the company he created but we all know v2 was the beginning of that.

I also remember someone else created a game called Hackmaster which was pretty much v1 without the nudity. Hackmaster actually had a market because so many gamers hated v2.

Plus if I remember correctly, v2 caved in to the religious groups and removed the demons and devils. Which makes no sense. I always played Chaotic Good characters so my enemies were the devils, who were Lawful Evil. In other words, I hated Devils the most.

Religious groups should be encouraging that, not trying to ban it. I’m literally killing devils in my campaigns. (Assuming we don’t die first).

That’s one thing I loved about the Witcher. It made its own rules. And had lots of hot babes naked.

Now, nudity offends a lot of people. So what? I say, let them be offended.

I strongly believe in two things – Freedom and Aesthetics.

For Freedom, I can summon it up in one sentence. Leave me alone and I’ll leave you alone. Or, mind your own business.

For Aesthetics, nothing is more beautiful than a woman. Thus I paint Allie, Roxy, and Sophia for a living. I take this very seriously.

Back to the Fantasy worlds though – create something without worrying about human sensibilities. Plus, v2 kept trying to explain the physics of magic.

Shut the fuck up! Seriously. Shut it.

Once someone tries to explain the physics of it, that’s when it becomes retarded. Like Star Wars for instance. George Lucas created a pretty cool fantasy world in the late 70s. Until he explained those mitochlorians or whatever the fuck they’re called.

Once he did that, the rest of the movies were lame. So watch 4-6 and skip the rest. The rest were stupid. Like ADnD v2.

When other people started playing v2, I lost all interest. I stopped playing completely and just painted the figurines.

This was a castle I made back in the early 2000s. Unfortunately, I made it out of plaster of Paris and it broke in one of the interstate moves.

And speaking of magic, my fantasy worlds don’t explain magic. It just happens. Because magic is magic.

Way too many Western women do this