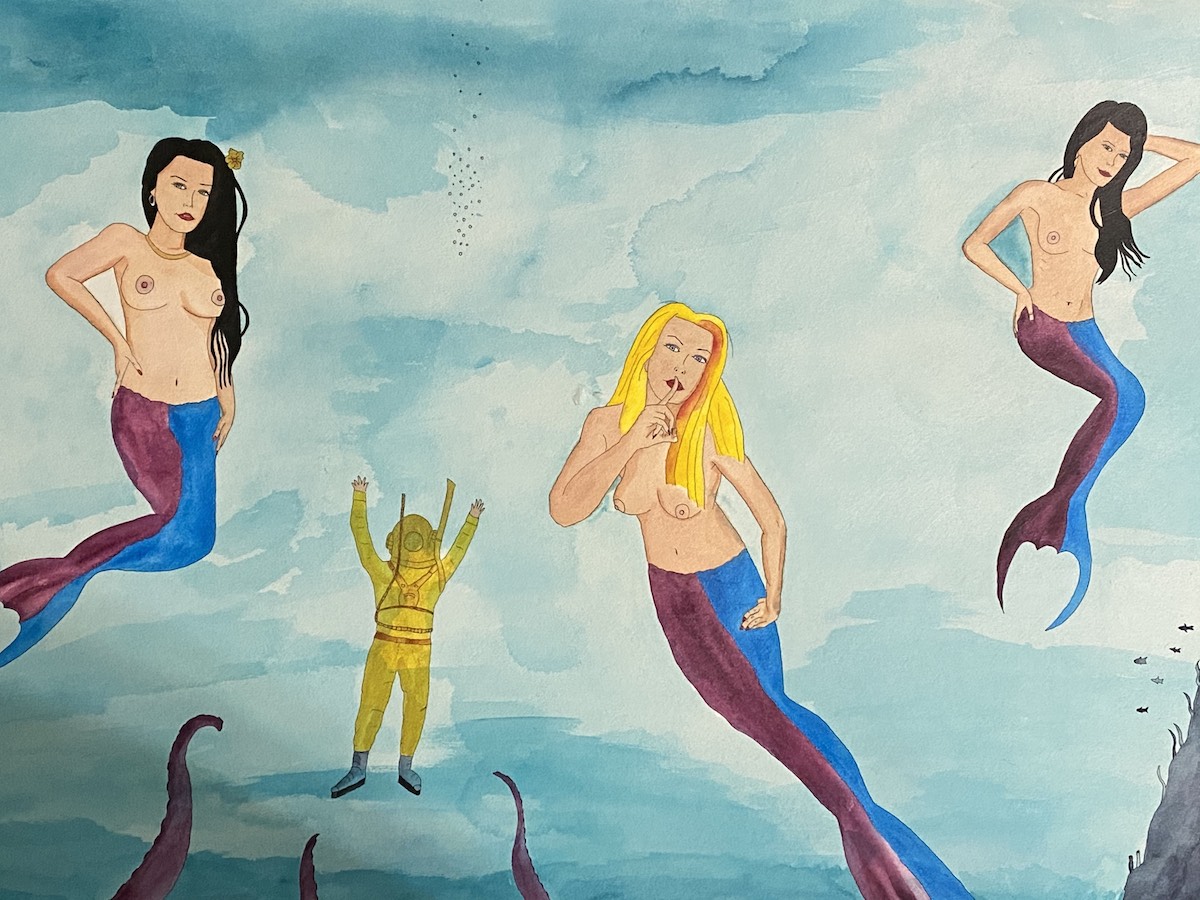 In sixth grade, I lived in an entirely different world. My junior high had a tradition where the sixth graders would play tackle football against the eighth graders.

The PE coaches will all be there. For their amusement.

As a sixth grader, the eighth graders were all eight feet tall and ran sixty miles an hour. Still, I wasn’t at all scared.

They got the ball first. So I lined up against their best receiver. I knew exactly what they would do.

And I was right.

They sent him deep. Rub it in our faces. A long bomb touchdown on the first play of the game.

But, that didn’t happen.

I pretended to line right up to him then immediately dropped back before the center snapped the ball. The quarterback threw it deep and I picked it off.

I got tackled immediately and from the ground, I looked at the sideline. All the coaches had their jaws dropped.

All of them saw I was good.

We of course went on to lose that game. By a lot. But I was the outstanding player in sixth grade. Our gameplan was to get the ball to me.

Today of course we all look at eighth graders as tiny little people. As sixth graders though? They were giants. It’s all perspective.

Your neighborhood has two rival gangs. The Mustache leads one and Mr. Beard leads the other.

The Mustache for some reason likes you. A lot.

For Christmas, he leaves a bottle of fine bourbon at your doorstop with a note. Merry Christmas! With your name on it, your wife’s name, and the name of your kids.

Sure, he violently kills Mr. Beard and Mr. Beard’s associates. That’s part of business though. Mr. Beard knew going in that that’s the dangers you take if you’re going to go up against The Mustache.

Your daughter graduates high school that year. The Mustache is at the graduation. He shakes several people’s hands. Hugs a few. Congratulates a few more.

Then he sees you. He comes over, shakes your hand, and says congratulations to your daughter. Even mentions her by name. Without anyone telling him her name or looking at a note. He remembers.

You really like this guy. He’s the real deal.

When they finally get him, you see him in court. He has a worried look on his face. You smile at him and he nods at you. You contributed $20 (that was a lot of money back then) to his legal fees.

He loses and gets taken away to jail for a long time. You actually feel pretty sad about it because you liked the Mustache.

When you get the ability to see thru someone else’s eyes, it becomes powerful. Very few people can do this.

Most people are so caught up in their own lives that they cannot see why someone else will think the way they do.

We have our reasons.

To the diver, those mermaids are the most evil creatures on the planet. To the Kraken, the mermaids are his keepers. They feed him well and he’s glad that he’s their pet.

Imagine being able to see someone else’s perspective. Then imagine how much power that has.

Left to right, that’s Roxy, Allie, and Sophia in Feeding the Kraken.

A former co-worker one day left tentacles on my desk as a gag gift. It’s weird how I value some things, despite how much they cost. It probably cost him $10. Yet, it’s one of my favorite things I own.

Those tentacles are now in three of my paintings.

Want to be a good writer?