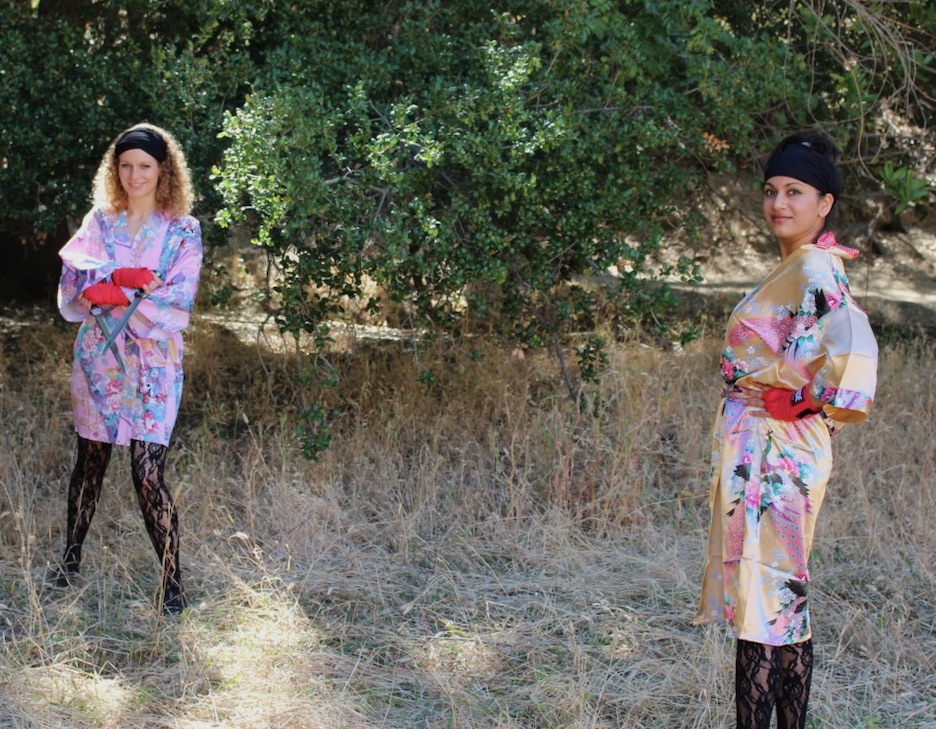 The club was packed.

I hadn’t been to Goth clubs in the West just yet. Only knew the ones in the South. And at the time (90s), the Goth clubs had hot babes.

Maybe it was the cocaine keeping them slim.

Years later, I’d visit a few Goth clubs on the West Coast (San Francisco, Seattle, and Los Angeles) and they were full of tubby tubbies. No babes at all. I couldn’t believe my eyes. What a contrast between the South and the Left Coast!

Anyways, U2’s New Years Day came on. And I had to shuffle through a lot of people.

I still wanted to kiss “Liz.” It was New Years.

A cute girl came up to me and asked if I kissed anyone yet. I told her the truth. So she kissed me.

Very cool. But I wanted to kiss Liz.

We’ve stayed up until 5AM before. As platonic friends. I left thru her window before her parents woke up.

She showed me her tits. As friends.

But that was last year. This year, it was different.

I was already seeing who later became my wife and yes, we had a kid together. But I was still a player and knew this would be the last time I’d kiss Liz. So I had this chance to kiss her and I wasn’t going to miss it.

We finally saw each other. And I went up to Liz and kissed her. It was magical as I’ve wanted to do this for years.

Then, we left the club. She was with her bestie.

I ended up staying on a phone call with her bestie until past 4AM. If you haven’t figured this out yet, yes, I’m a very emotional man. I’m an artist after all.

I love good conversations just as much as I love good sex. Sound weird? So be it. That’s how I am.

I ended up staying with the mother of my child

I knew nothing would happen with Liz. But that New Years was magical, despite nothing happening other than a New Years kiss.

I ended up in a monogamous relationship with the mother of my child. Which later turned into marriage.

We’re still married to this day.

Liz moved one direction. I moved another. We lost touch.

We have mutual friends and unfortunately, Liz isn’t having a great life. Which is sad. She’s a nice girl, cute, fit, just had bad luck with men.

Players are a different breed of men

Some men are players. Some aren’t.

I’ve had this same conversation with Christians, Muslims, and Atheists. And it’s funny. There are players and there are regular men amongst all three groups as well.

Some men can marry their high school sweetheart and live happily ever after. More power to them! I’m happy for them and think that’s awesome.

My great grandpa married his high school sweetheart. But she died. Very sad.

His second wife though, they were together for 50+ years before they both died.

But, I didn’t even marry the mother of my child until we were together for years. Because, well, I’m a player.

I like sampling goods before I buy them. That’s just how I am.

Now, that might offend some folks. But once again, so be it.

I liked trying out a variety of girls. I’m fascinated by girls.

My first girlfriend was when I was 11. My first sexual experience came young too.

Unlike normal players, I can’t just fuck a woman and forget about her. I can’t spin plates.

I actually care about everyone I talk to. I’ll drink with a stranger in a foreign country and actually be really into what he has to say. I care about people.

And the girls who I’ve touched, who I’ve kissed, who I’ve tasted, who I’ve fucked – I’ve cared about them all. Some more than others of course, but there had to be some emotional connection or else I couldn’t do it.

By the time a player gets married

And once again, some men can marry their high school sweetheart.

If I did, I’d cheat on her with a dozen plus different girls. It would be a disaster.

Thus, it would have been very, very bad.

But I can care about more than one person. I got a big heart. Actually, a huge heart.

Today, I love my wife dearly and have no desire to cheat on her.

That’s because I got out all the funky stuff out of my system.

If I didn’t have the manage-a-trois and sexual experimentation before I got married, I wouldn’t be loyal today. It’s as simple as that.

A player has to get all that stuff out of his system before he finds the one he settles with. A non-player doesn’t get this about a player. A non-player thinks the player is an asshole.

No, I can assure you, I’m not as asshole. I’m a very caring guy. I just like women a little bit too much.

There was a number I had to hit before I got married. I’m not going to disclose it because it’s nobody’s business. But I had to hit that number first.

Offended? Don’t be. My brain just works differently. I don’t judge you, and I’d love that you shared me that same courtesy back.

Wasn’t just a number. There were also things I had to do first.

Got them all out of the way.

Then, I could get more serious.

Just like a non-player, I too wanted to grow old with someone. Wake up with somebody every morning. Feel a warm body next to mine.

I even visualize us as old and wrinkled, but still madly in love, curled up together rocking slowly on a hammock bench.

I’d sometimes wake up in the middle of the night and put my arm around her. There’s something magical about that. This woman gives a fuck about you and doesn’t want to change you. Rather, she wants you to get better at being you.

My wife is great. She wakes up before I do and makes me coffee.

She doesn’t have to work. I’m old fashioned. I pay all the bills. Always have.

She does all the cleaning. I haven’t done a load of laundry since the 90s. I hate cleaning. So she does it all.

She even does all the tax paperwork. I hate that stuff. She’s organized. I’m not.

When she worked, she used her money to buy stock. She’s got a lot of it now.

When she had enough of that work bullshit, she retired. We never needed her income anyways. It was for her to buy stock. She loves owning stock.

You see, I grew up working class. She grew up poor. So money actually means something to her. She likes having her own account and she’s actually really good at picking stocks.

But despite knocking up a girl, I was still looking. Still prowling to see who would be that girl I’d grow old with.

But when you see your own eyes in the eyes of a child, something changes in you. I saw the mother of my child differently than I saw the other women.

We started dating. And learned quickly that she was the one.

There are times in life when a man does.

Another shot from my pre-painting days. This is Tori and Devi just chilling during a break on the set.

Yes, we also filmed a lot of cheesy scripts back in the day. One day, I might even produce another horror short.