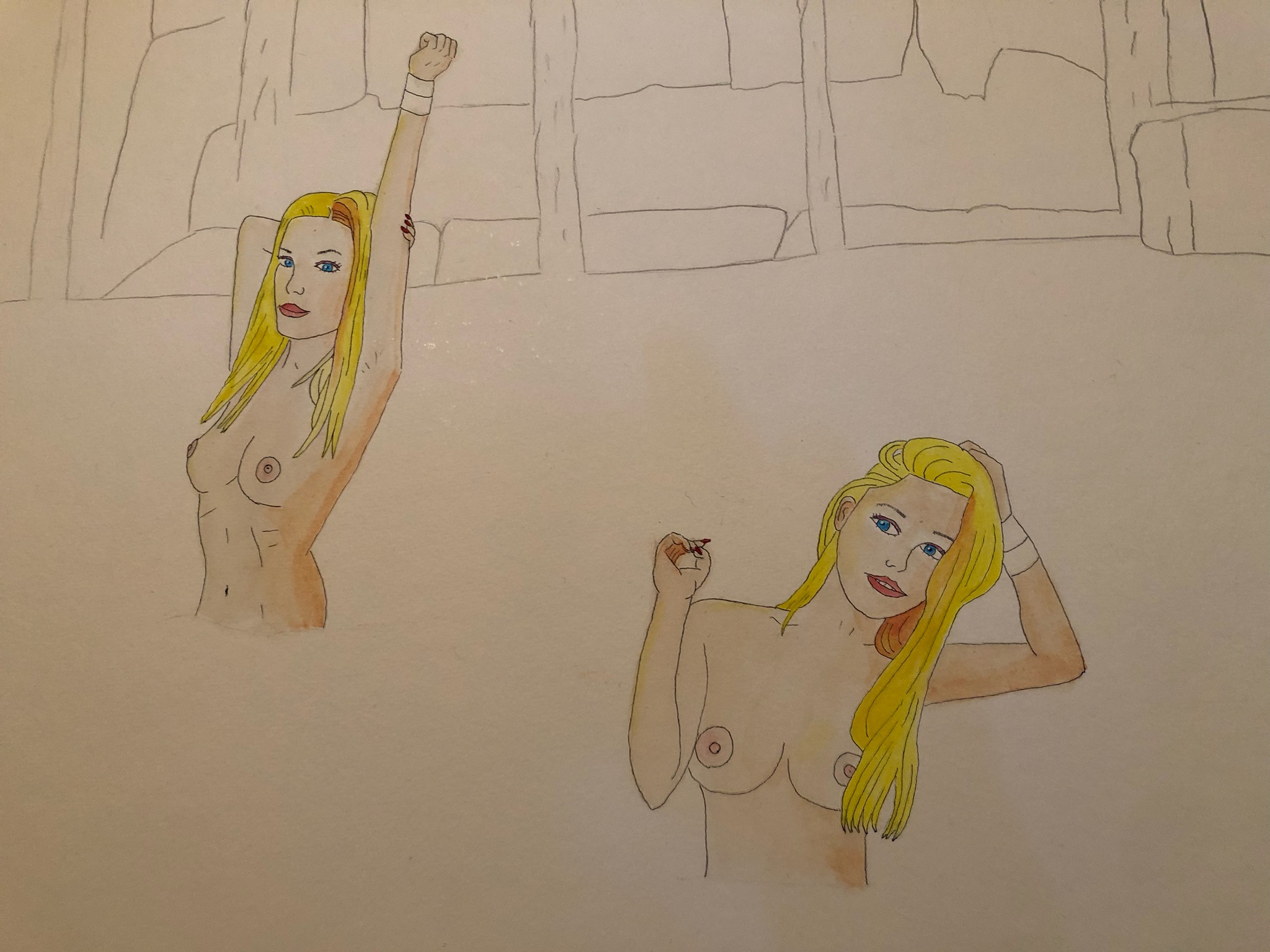 I don’t care how much money a woman makes. To me, there’s no difference whether she makes $25k a year or $250k a year.

And to be honest, I don’t care if she’d prefer to be a housewife. Actually, I’d prefer that. Take care of my kids. Make sure they are healthy, smart, and know how to properly act in society.

Yes, I have a degree. And for the record, I see myself as being no better or worse than anyone without one.

A degree is a piece of paper that costs a lot of money. That’s all it is nowadays. It means very little because any jackass can graduate college. They made it easy.

Recently, I had this annoying bitch with a Masters degree tell me how to live my life. You know what? She was terrible at living her own. It’s always those losers who are bad at living their own lives who tell you how to live yours.

She was on her way to becoming obese too. Typical. Some people really are memes.

Now, don’t get me wrong. I’m not anti-college. It just has no bearing whatsoever on a woman’s attractiveness.

A woman could have a high school diploma. Or a PhD. I’m looking at her face, her tits, her waist, her legs, her hair, her ass, her hands, and her feet. Not her degrees.

If she meets my physical qualifications, then I’ll listen to what she has to say. Is she sane? Is she functional? Would she be a good wife and mother?

The thing is, I’m normal. Most men nowadays don’t got the balls to admit this. A lot of men would white knight a chick when she got defensive. “Roman is a sexist pig!”

No you cuck. I’m normal. You’re just too chickenshit to stand up for the truth and you’re probably also an incel.

(By the way, I wrote the best article ever on how to break the incel curse).

I’d rather not raise stupid and ugly kids. I want smart and beautiful kids.

One of the sexiest women I’ve met from the past decade was this Russian lady. Smart as fuck.

She was an engineer and thought her job was easy. She just did it because she liked the people she worked with.

Imagine that. Someone who thinks an engineering job is easy.

She also knew how to dress. She had a graceful walk. And an air to her. You felt her presence when she walked into a room.

To be clear, she wasn’t smart because she had a degree. I could care less about her degree.

I’ve encountered enough educated idiots in my lifetime. Stupid as fuck but still have that piece of paper that’s supposed to mean someone is smart. Apparently all you gotta do to get a degree nowadays is throw some money at a college and they’ll give you one.

In the old town I used to live in, practically everyone I knew had one of those pieces of papers. Means nothing.

“So what makes a woman attractive?”

I can’t believe people ask that nowadays. They ask that, expecting you to answer something other than “her looks.” Because they’re chickenshit wimps who are afraid of the woke mob.

Whenever I meet someone who calls themselves “woke,” it’s always the same thing. They’re pretentious douchebags who think they’re enlightened.

Nope. You’re just a gullible plebeian. Who also knows nothing about culture. Plus, those imbeciles get offended by just about everything.

So let’s talk about attractiveness. How to improve if you’re a woman.

First, grow your hair out long. Long hair on women is superior to short hair. Anyone who says otherwise is lying to you. It’s usually other women who love to see you cut your hair short. That way, you pretty much knock yourself out of the high end dating market and limit yourself to beta males.

Second, learn to ballroom dance. Do it!

Dancing is sexy as fuck. Ballroom dancing. The salsa. The tango. The waltz. The swing. Heck, the cha cha. It’s all good.

Or take some bellydancing classes. Or heck, do both.

Third, get in shape. Obese is never sexy, despite what the woke retards say.

Men are subconsciously attracted to physically healthy women. Not too skinny. Not too fat.

The great thing about ass men is to appease them, there’s a specific exercise called the squat. It does wonders for shaping a woman’s butt.

One of the saddest sights I’ve ever seen was where three girls in San Francisco in their early 20s, all in heels, walked liked drunk frat boys in drag.

My word. Learn to walk in heels. It can’t be that hard. I saw a woman in her 70s walk in 6″ heels before and she looked spectacular. (She was burlesque back in the days before burlesque became a fat girl party).

All the black pill men complain endlessly that there are no good women out there.

Plenty of good women out there. You just have to know where to find them.

I’ve met Allie and Roxy back when they were both single. And I wasn’t even looking. I’m just a guy who talks to a lot of people.

She’s graceful. She takes care of her skin.

Before she goes to bed, she washes her face and puts cream on it to make sure her skin looks great when she’s older.

Roxy’s shy. She’s a great listener. She takes awhile to trust someone.

Once she does though, she’s a superb friend. I’ve told her things that I can’t believe I told anyone.

Both have very distinct personalities.

And both are super sexy.

When I paint them, I try to put a little of their personality into the painting. Sometimes, I catch Allie’s subtle humor. And sometimes I’ll catch Roxy’s warmth.

They all have a feminine energy. Femininity is powerful. Femininity is awesome. It’s a shame that so many girls nowadays are taught to repress their femininity and act gender neutral. Yuck!

Femininity is not just sugar and spice and everything nice. There’s so much more to that.

Femininity has a charm to it. Feminine women also have female intuition. Sort of like what Spiderman has.

Anyways, a toast to beautiful women. They’re out there and they’re wonderful.

Funny story about Waterfall Girls. Both women are Allie. She was pregnant in the one on the right and her boobs got really big.

Unfortunately, I never painted her tummy when pregnant. I regret not doing at least one pregnant painting.

The one on the left was from an old sketch before she got pregnant.

Allie’s body has already gone back to normal. But then again, her boyfriend is a weightlifter and knows a lot about fitness.

Of course, that image is of the painting half finished.

You can buy a matted print directly from me.

Adulting is awesome if you play your cards right